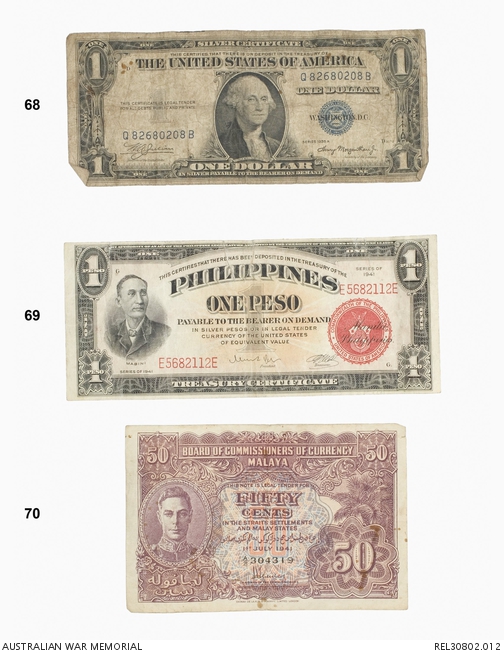 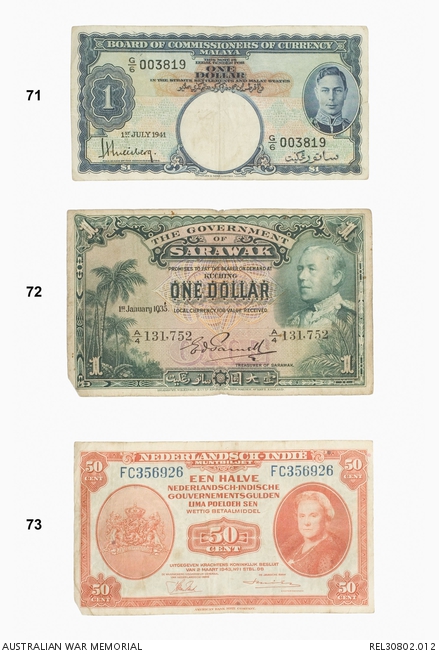 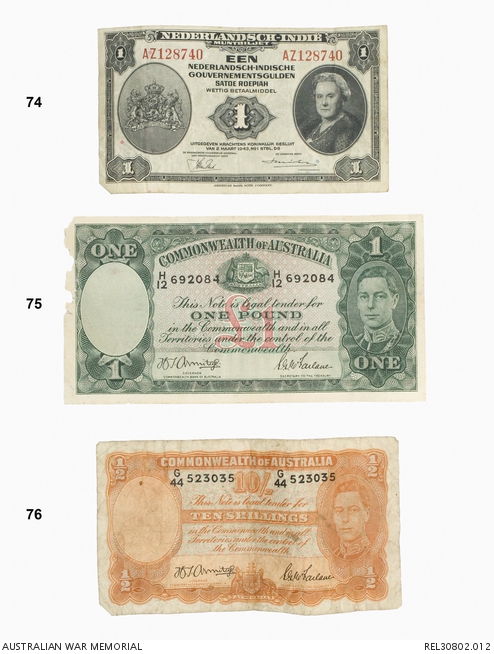 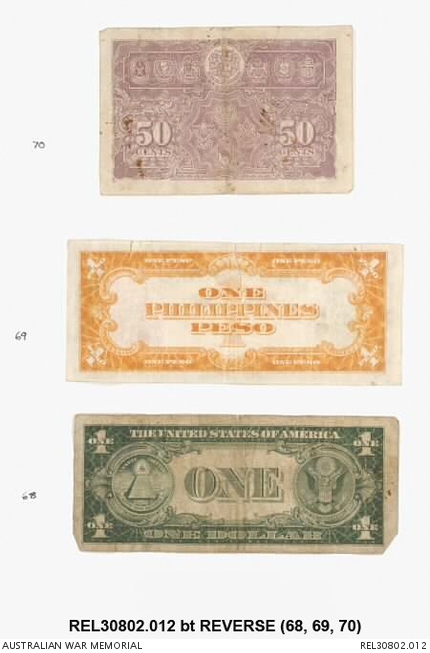 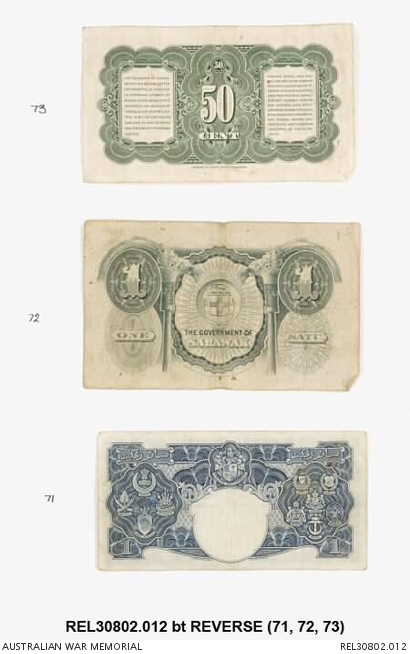 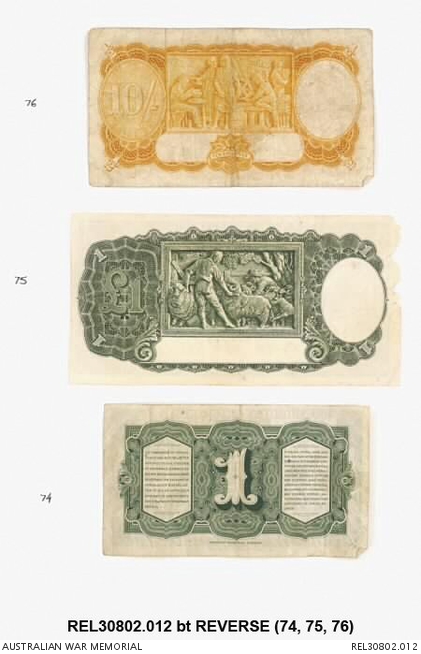 Milton George Heuston was born at Narrabri, NSW, in 1925. He enlisted in the AIF in April 1944, aged 18, and joined 2/12 Commando Squadron at Bathurst. After training at Canungra, the unit was engaged in the recapture of British Borneo, principally in clearing the island of Labuan. While still in Australia, Heuston had purchased, from an AIF Middle East veteran who was awaiting a medical discharge, ownership and rights to a Two Up game. Many of the pennies which form part of the game had previously been used by the veteran's father during the First World War. This lucrative game travelled with Heuston for the remainder of the war, and was used at Townsville, Morotai, Labuan, Kuching and Rabaul. The donor describes the display of currency as follows: 'As you can see by the display in some places a multitude of currencies was used. It was the boxer's (ie the game owner's) call which stated the exchange rate for any or all currency. In addition, he could exchange currencies. All currencies shown on the board in this display were used. The one currency not included is the English pound, but it was often circulated within the game.' Details on the playing of the game can be found online in an Australian War Memorial Encyclopedia entry on Two Up.