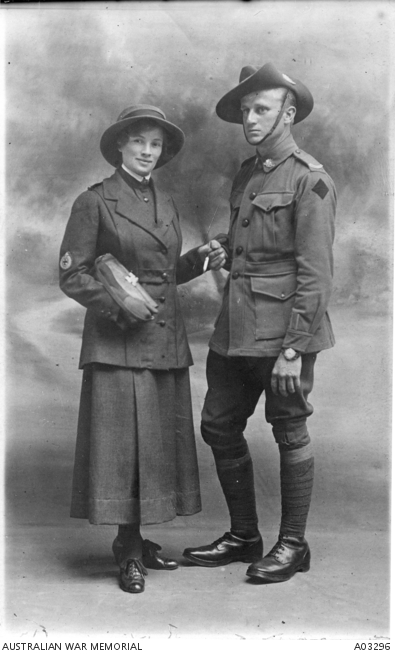 Portrait of Staff Nurse Gertrude May Skyring, Australian Army Nursing Service (AANS) and 7302 Private Frank Herbert Skyring who were brother and sister. Gertrude resigned her position at the Gladstone Hospital, Bundaberg, to enlist. She worked at the hospital at Rouen and returned to Australia in July 1919. Her brother Frank served initiallly with the 23rd Battalion, later with the 8th Battalion. He was amongst 1,752 others who survived when the troopship Ballarat was torpedoed and sunk off The Lizard on the 25 April 1917. He was wounded twice during his service and returned to Australia in 1919.