Group portrait of Australian Red Cross Nurses, wearing their nursing uniforms on board No 2 ... 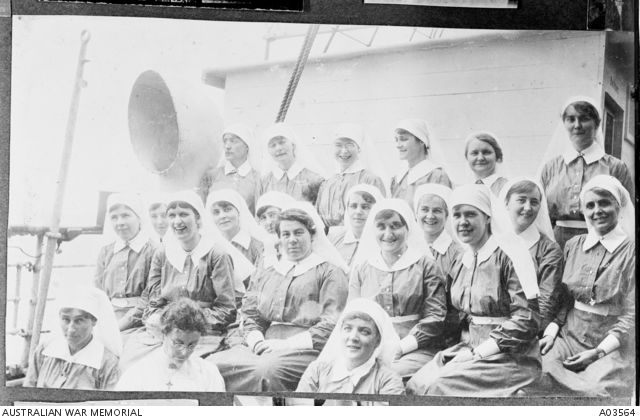