Portrait of 926 Private (Pte) John Sidney Diamond, 6th Battalion, sitting on a camel in front of ... 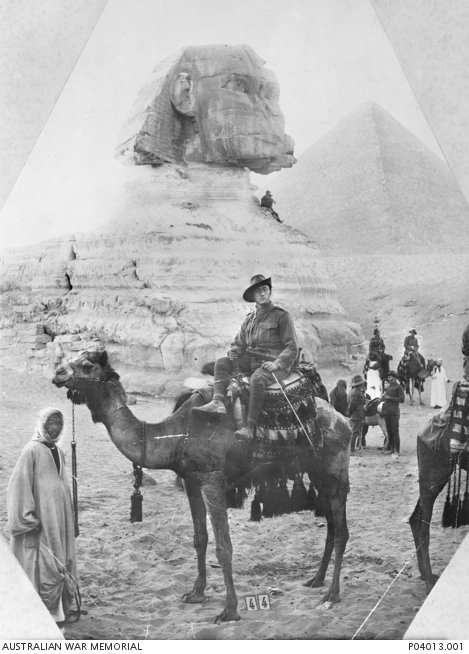 Portrait of 926 Private (Pte) John Sidney Diamond, 6th Battalion, sitting on a camel in front of the Sphinx at Giza, Egypt. Born in England in 1893, Diamond, a piano tuner, enlisted with 6th Battalion AIF on 17 August 1914. Pte Diamond was awarded a Distinguished Conduct Medal (DCM) for displaying 'great courage and decision of character' during the landing on the Gallipoli Peninsula on 25-26 April 1915, in which he assisted in the halt of a retirement and led his unit forward under heavy fire. After the Gallipoli campaign, Pte Diamond was commissioned and subsequently served on the Western Front with the 59th and 60th Battalions. Lieutenant Diamond was discharged from service in England on 18 February 1919.