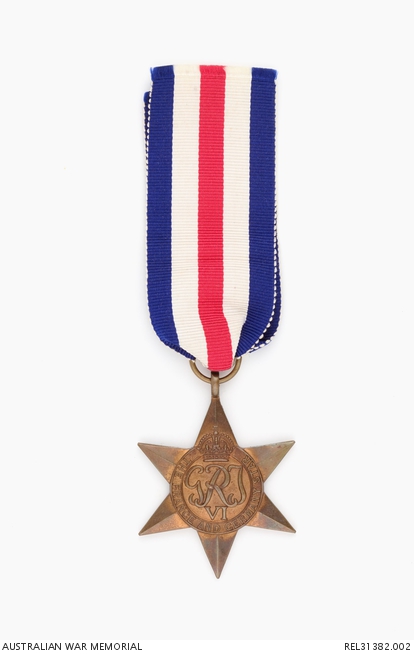 Awarded to 33868 Warrant Officer Cecil Colin Cawley who served in 460 Squadron, RAAF, during the Second World War. Cawley was born in Sydney on 7 October 1918 and enlisted on 17 September 1940. He served as an Air Gunner flying in Vickers, Wellington and Avro Lancaster aircraft. He and his crew conducted air raids on targets including Cologne, Berlin and Bremen during the period 1944-1945. He was discharged on 28 November 1945.