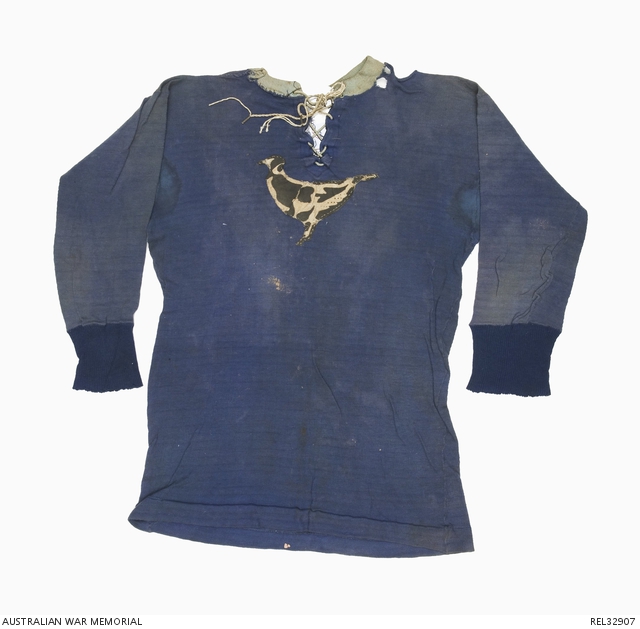 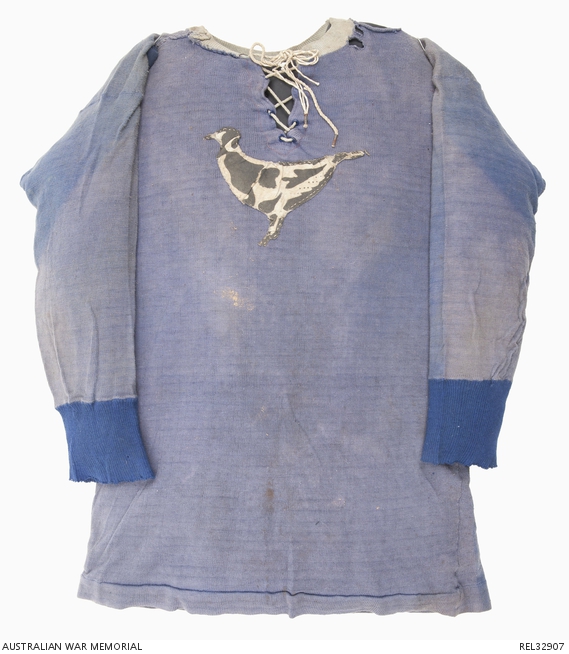 Blue cotton-knit long sleeved rugby jersey with a grey collar. The cuffs of the sleeves are a darker shade of blue to the body of the jersey. The opening at neck is laced through a series of enamel eyelets. Below this opening is a black and white painted cotton cutout silhouette of a bird representing the Australian mudlark.

Richard Alfred Overy was a plumber from Haberfield, New South Wales when he enlisted on 7 September 1914, as a driver in 13 Infantry Battalion. With the regimental number 205, he sailed as an original member of the battalion in December 1914. He was a non-commissioned officer and machine-gunner at Gallipoli and in France. Overy was transferred from 13 Infantry Battalion on March 1916 to 4 Machine Gun Company (MGC). During his time in France, rugby league was a favoured recreational activity and a group of soldiers from 4 MGC formed a team, the 'Mudlarks', with a black and white bird silhouette upon the chest of their jerseys that represented the Australian mudlark, also known as a magpie-lark or pee-wee. Overy was seriously wounded in 1917 and returned to Australia on 10 January 1918.