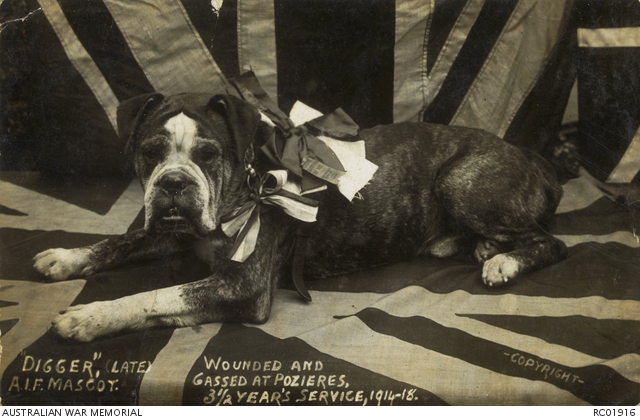 Black and white photographic postcard of Digger the dog. He was an AIF mascot and was gassed and wounded at Pozieres. In the photograph, Digger lies on the Union Jack with ribbons (most likely red, white and blue) around his neck. The dog was said to have been brought back to Australia by Company Sergeant Major James Harold Martin of the 2 Division Signals Company AIF. Martin served at Gallipoli, France and Belgium and was discharged in 1918.