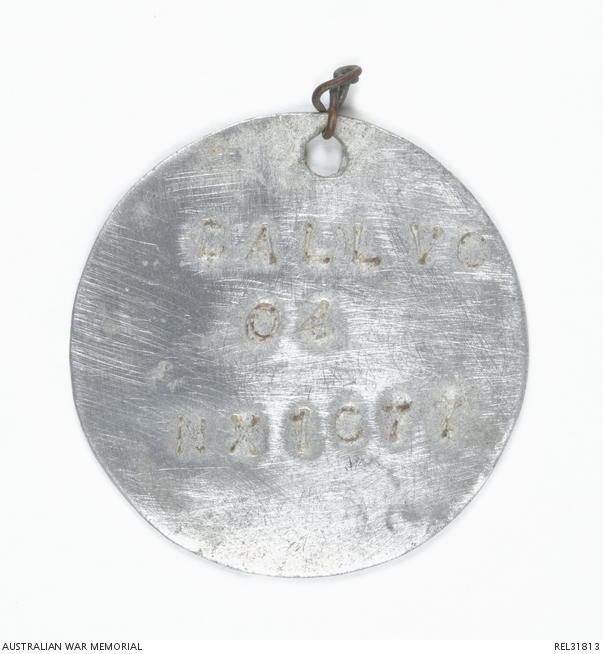 Related to the Second World War service of NX1677 Driver Verdun Clive Ball, 1 Company, Australian Army Service Corps, born at Molong, NSW on 27 July 1916, a wool buyer and classer with the company of FG Ball of Peak Hill, NSW. Ball enlisted on 29 April 1941 and trained at Goulburn, NSW with his troop before they were attached to 2/21 Battalion and transported to Darwin. Called ‘Gull Force', the battalion and its supporting troops embarked for Ambon on December 13 1941. The force of 1,090 was also made up of C troop, 18th Anti-Tank Battery, three sections of the 2/11th Field Coy, 2/12th Field Ambulance Detachment, 23rd Special Dental Unit, and 104 Light Aid Detachment. The entire force was quickly captured by the Japanese. Over 200 Australians were massacred at Laha, Ambon, on 6 February and between 15 and 20 February 1942 . By February 1942, Gull Force was in captivity at Tantui (on Ambon). In October 1942 the prisoners were divided into two groups. One group was transported to Hainan Island aboard the Taiko Maru, disembarking on 5 November 1942 and were imprisoned in Haicho Camp (Colonel W J R Scott's Force). The other group remained on Ambon. Driver Ball was one of the survivors from the Ambon group. He made this disc to replace the lost pair of composite fibre discs with which he was originally issued.