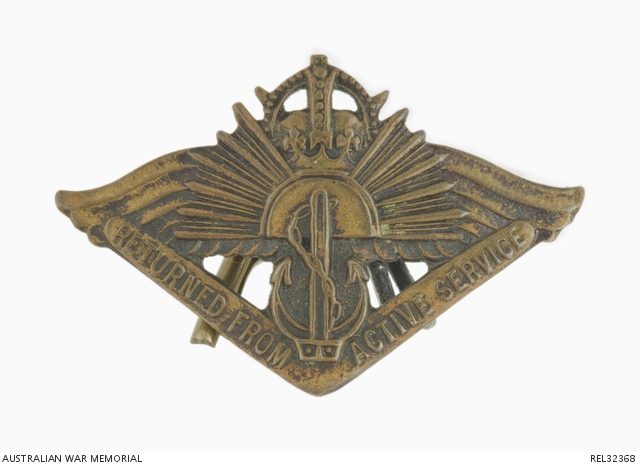 Bronze tri-service badge with combined anchor, rising sun and wings surmounted by a king's crown. Underneath is a boomerang with the words 'RETURNED FROM ACTIVE SERVICE'. The reverse is stamped with the maker's details, date and the serial number 'A100502'.

VX46195 Private Herbert Harry 'Herb' McKee was born in Northcote, Victoria in April 1914. On 11 July 1940, aged 26, he enlisted in the Second AIF. Assigned to 4 Anti-tank Regiment he was sent to join the Malayan campaign and was captured by the Japanese in 1942. During his captivity, McKee was forced to work on the Burma Thailand Railway. He was discharged on 5 December 1945 on his return to Australia where he worked in the building and transport industries until his death in 1990.