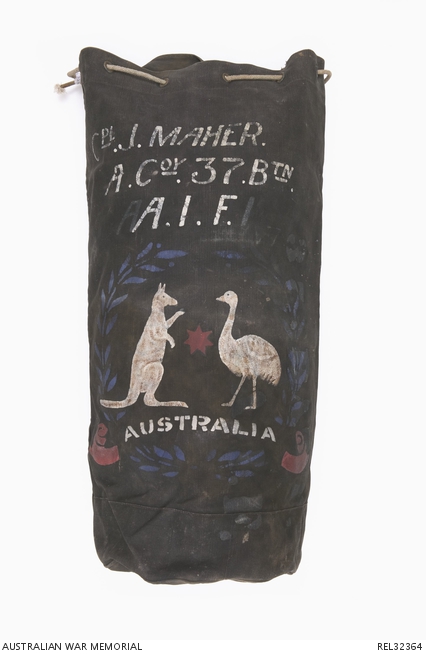 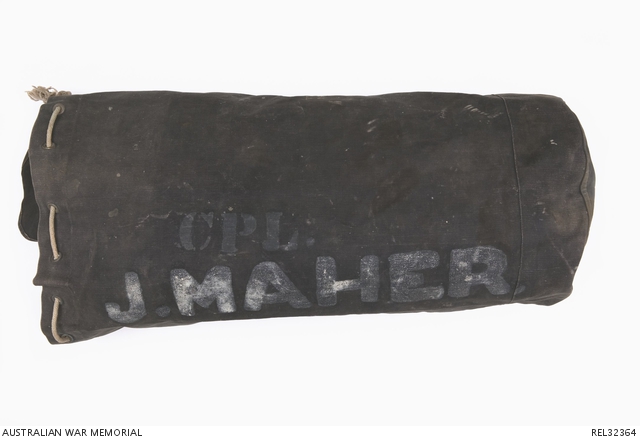 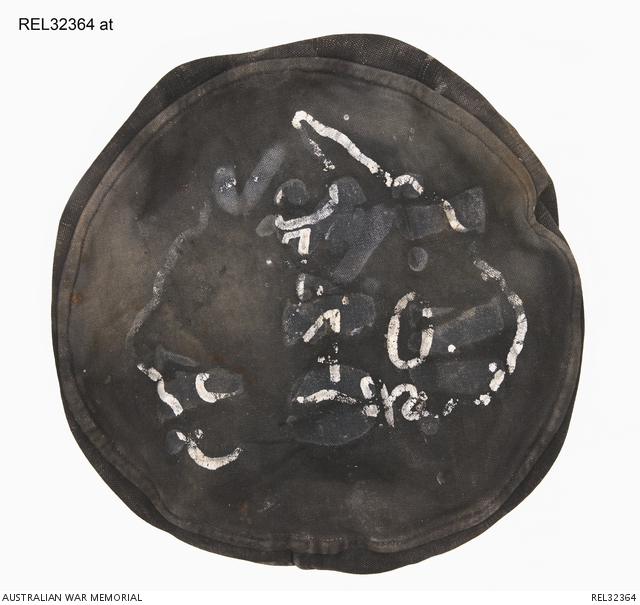 Black canvas kitbag with brass eyelets around the mouth threaded through with cotton rope for closure. One side of the bag is painted in white 'CPL. J. MAHER. A. COY. 37. BTN. A.I.F.' . Beneath is a blue painted laurel wreath bearing within it a red Federation star flanked by a white painted kangaroo and emu, as they appear in the Australian coat of arms. Beneath them the word 'AUSTRALIA' is stencilled in white between the red painted ends of a scroll. The other side of the bag is roughly painted in white 'CPL J.MAHER'. The circular base of the bag bears the remains of a white painted outline of the Australian mainland, with '[3]7 340' within it.

This kitbag was painted and used by 340 Corporal (later Sergeant) John Maher either before he left Australia, or on the troopship carrying him to Europe. Maher was born in Ireland in 1882 and was a property master living in Kensington in Melbourne when he enlisted on 5 January 1916. He had previously served for four and a half years with the Royal Welsh Fusiliers in India before emigrating to Australia, where his parents were already living. After completing his initial training at Broadmeadows Camp, he sailed with A Company, 37 Battalion, AIF, aboard the troopship HMAT A34 'Persic'. After service in France and Belgium he left England to return to Australia on 30 January 1918. Maher had been wounded on 27 February 1917 and again between 7-9 June 1917. On the latter occasion he suffered multiple gunshot wounds which resulted in five months hospitalisation. After a another two months of convalescence he was repatriated to Australia and discharged.