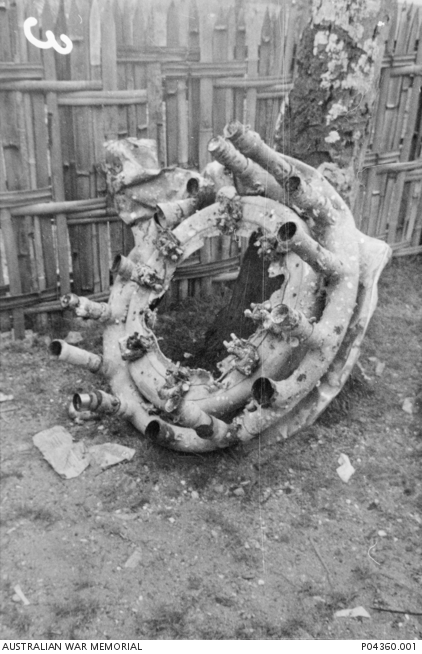 A heavily corroded circular exhaust manifold from a Pratt and Whitney R-1839 SC3-G twin row radial engine, which was recovered from the sea in 1976, by Mr Abdul Rahman Bin Win Harum, a local fisherman from Kota Bharu, Malaysia. The engine manifold is from a No 1 Squadron RAAF, Lockheed Hudson bomber (A16-19) which crashed into the sea after attacking Japanese shipping on 8 December 1941.