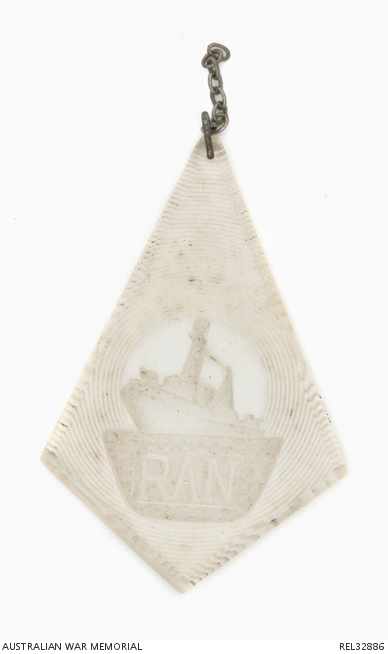 Diamond shaped plastic pendant with an intaglio engraving of a ship above the letters 'RAN'.

This pendant belonged to PM4004 Able Seaman Evan Louis Sangster of the Royal Australian Navy. Although a deckhand in civilian life, when the war broke out he initially enlisted into the Australian Army, aged 18, on 7 November 1939 and served with 2/38 Battalion with the service number V59493 and the rank of private. He joined the RAN on 15 October 1941 and served in a number of vessels including HMA Ships Quiberon, Quickmatch, Napier, Yandra and Ararat. He was demobilised from the shore establishment HMAS Lonsdale on 13 June 1946.