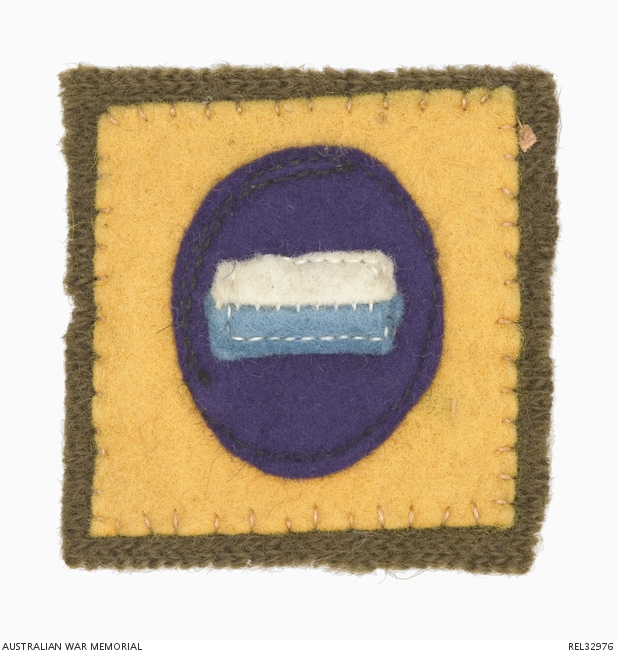 Felt colour patch showing a small horizontally aligned rectangle, divided white over light blue, on a purple oval, centrally placed over a yellow square. The patch is attached to a square of khaki wool serge uniform.

Associated with the Second World War service of S47558 Staff Sergeant Joseph Henry Allen, of Camden, South Australia, who enlisted on 13 June 1942 and served in a part time capacity as a telephone mechanic for Headquarters, 4 Australian Line of Communications (Post Master General's) Signals (a South Australian unit which was raised in May 1942) and was discharged on 8 January 1945. Allen also saw service in the First World War as a General Service Reinforcement under the service number 62512. He enlisted on 21 June 1918, aged 18 and was discharged on 31 January 1919 due to 'medical unfitness'.