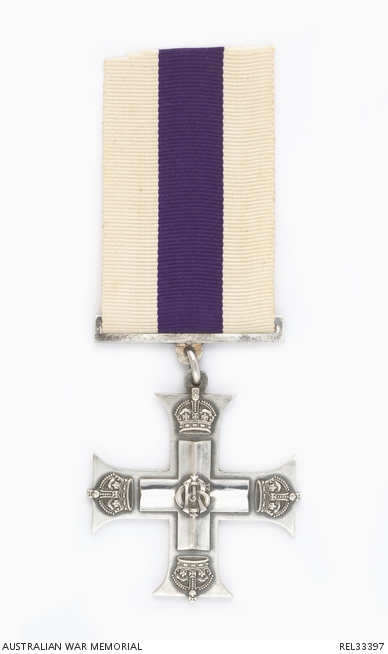 Hector John Harrison was born at Bendigo, Victoria in June 1877. He worked as a metallurgist prior to the war, and enlisted in the AIF on 11 August 1915, as a married 38 year old. In April 1916, he embarked as a sergeant (regimental number 303) with A Company, 38 Battalion, but he was soon commissioned and transferred to 37 Battalion. In October 1916, he was transferred to Headquarters, 3rd Australian Division, as Divisional Gas Officer, and he remained in this role for most of the war, serving on the Western Front in France and Belgium. Lieutenant Harrison was awarded the Military Cross in October 1917, the citation reading as follows: 'This Officer has been Gas Officer of the Division since its inception: By the skilful dissemination of his knowledge of all kinds of Gas in use, knowledge which was frequently obtained at considerable risk to himself, under shell-fire and in testing new species of Gas, he has ensured that the whole personnel of the Division has been adequately instructed and so has kept the number of Casualties sustained from Gas down to a minimum.' In July 1918, Harrison was given the temporary rank of captain, and placed in command of the Australian Corps Gas School. He retained the honorary rank of captain in the reserve of officers after returning to Australia.