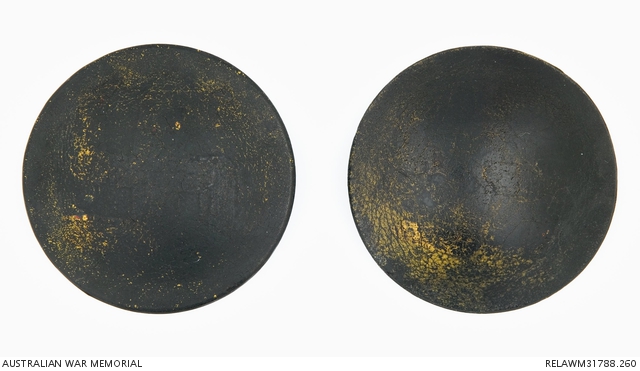 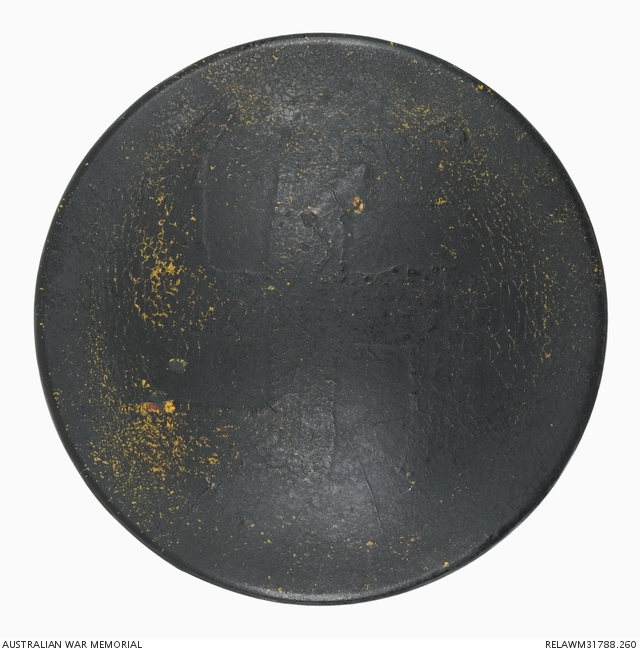 These rubber plugs covered the very tips of the propeller spinners on George. Avro Lancaster bombers were equipped with four Rolls Royce or Packard Merlin engines. These plugs are very significant in that they reveal unique markings on George that were unknown until conservation and restoration of George by Memorial staff in the late 1990's and early 2000s. The significance of these swastikas is not known. Allied aircraft often painted these markings on their aircraft to indicate victories over German aircraft, though in this case that is unlikely.