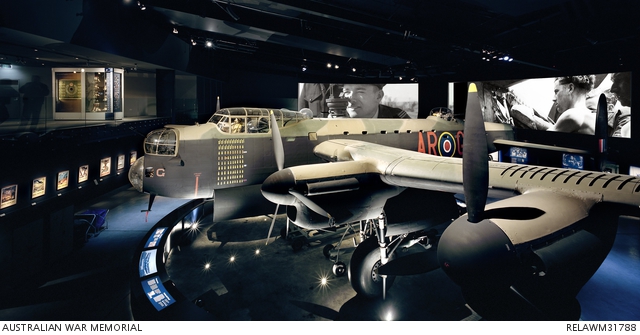 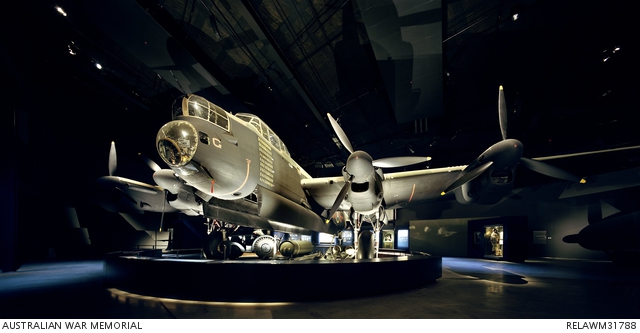 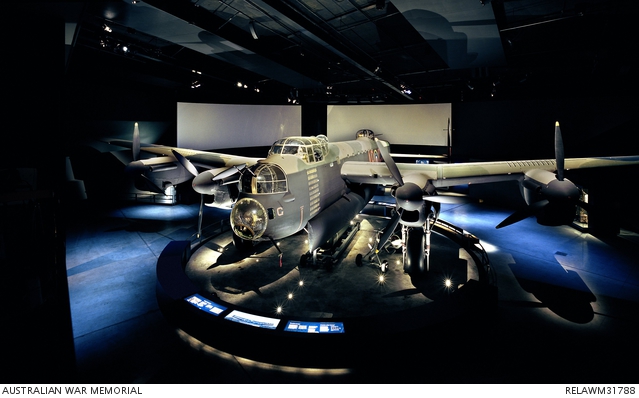 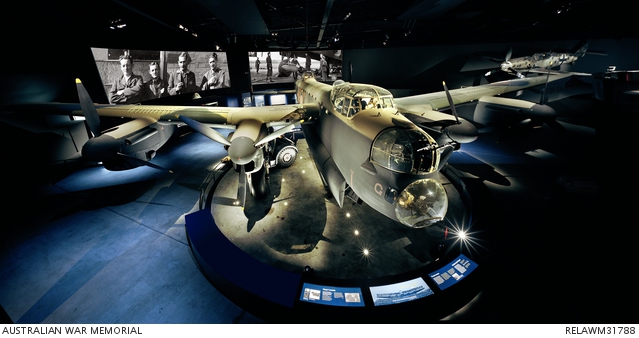 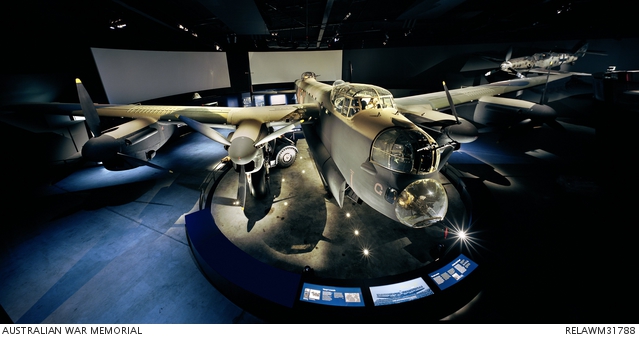 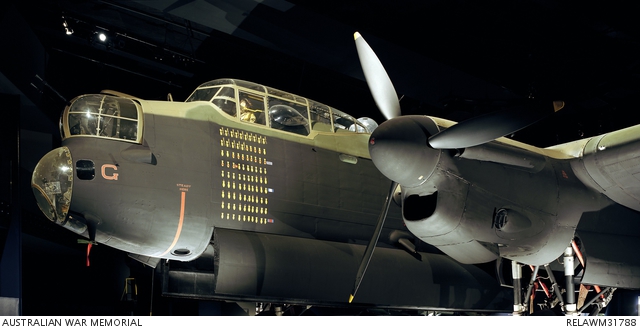 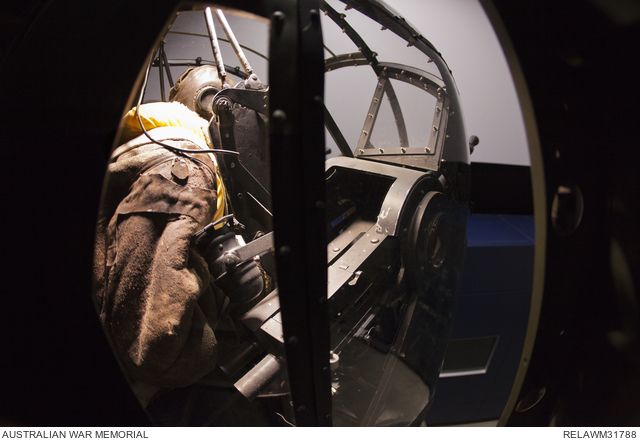 Four engined heavy bomber. This example, serial number W4783, was originally powered by four Rolls-Royce Merlin XX 12 cylinder liquid-cooled engines, with a single stage centrifugal supercharger, but was later fitted with Merlin 22 engines while in Australia. The airframe is constructed primarily of aluminium alloy. The aircraft breaks down into a number of major sub-assemblies for ease of construction and transport. Steel tube and forgings are used for the installation of the engines, undercarriage and some smaller fittings. The aircraft normally carried a crew of seven: Pilot, Navigator, Wireless Operator, Bomb Aimer, Flight Engineer, Mid-Upper Gunner and Rear Gunner. When first constructed W4783 was fitted with a mid-under defensive gun position, which would have required an eigth crewman. There is no evidence that this position was retained when the aircraft entered operational service. A timber blanking panel was fitted in the mounting equipped with a flare shoot. This aircraft was never fitted with H2S radar. The bomb load varied depending on the type and duration of the operation but a common load was 14000 pounds (6350 kgs of bombs or incendiaries). Defensive armament consists of eight guns installed in three turrets; two in the forward turret, two in the mid-upper turret and four in the rear turret. The cruising speed was 200mph (322km/h) and maximum speed was 287mph (467km/h).

This aircraft was ordered in 1940 in a batch of 400 Lancaster B Mk I and Mk III aircraft. It was delivered to 460 Squadron RAAF on 27 October 1942 and assigned the call sign 'G' for George. While in service with the squadron, it flew some 90 operations with 27 crews. The main crews were captained by Flight Sergeant (Flt Sgt) J A Saint-Smith (13 operations), Flt Sgt J Murray (13 operations), Flying Officer Henderson (10 operations), and Pilot Officer H Carter (21 operations). The aircraft's longest operation lasted 10:09 flying hours, to La Spezia, Italy on 13 April 1943. Its last operation was a raid on Cologne, Germany on 20 April 1944. When G for George retired from service after this raid it had completed more operations than almost any other aircraft in RAF Bomber Command. In June 1944 the Department of Air made it available for war museum purposes and after an extensive overhaul it left for Australia on 11 October 1944, flown by an all-Australian crew captained by Flight Lieutenant E A Hudson, DFC and Bar. It arrived in Brisbane, Queensland on 8 November 1944 and the following day was received by 3 Aircraft Depot, Amberley where it was given RAAF registration number A66-2. In 1945 the aircraft toured the eastern states of Australia in connection with the Third Victory Loan until finally declared surplus and transferred to the Australian War Memorial.