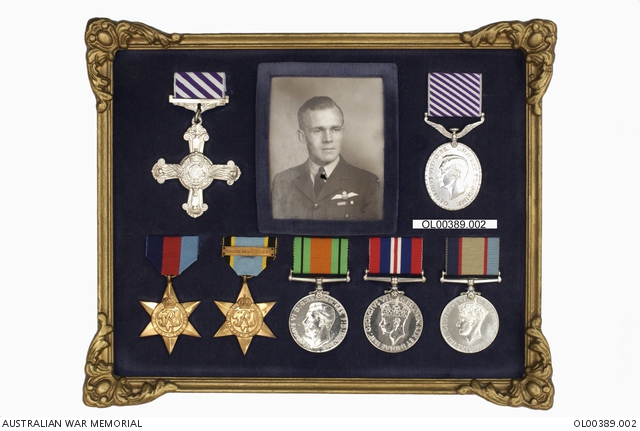 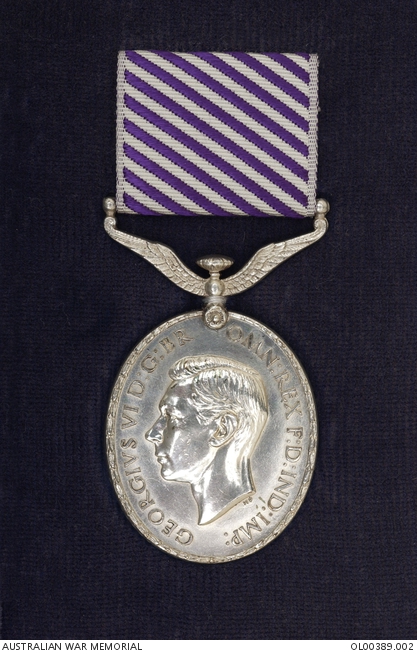 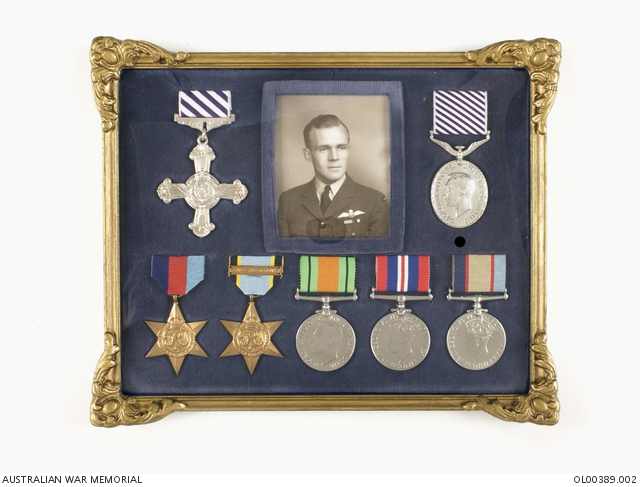 403380 Flying Officer James Alexander 'Alec' Saint-Smith, RAAF, served as an NCO pilot in 460 Squadron, RAAF, flying Lancasters, and later as an officer with 627 Squadron RAF, flying Mosquitos. As a flight sergeant he was awarded the Distinguished Flying Medal in March 1943 for gallantry in a mission over Berlin. He was awarded a Distinguished Flying Cross in 1944, as a flying officer with 627 Squadron. He was the captain of the Australian War Memorial's Lancaster W4789 'G for George' on its first operational sortie to Mannheim in Germany, on 6 December 1942. He flew the aircraft on another 12 occasions, using it as his regular aircraft for the remainder of his tour, which ended in March 1943. Undertaking a second tour of operations, Saint-Smith was killed in action on 29 June 1944, on his 73rd operation, when his Mosquito IV, DZ516, crashed near Vaulx, Belgium. He and his navigator, Flying Officer Geoffrey Ernest Heath DFC, DFM, RAAF (who as an NCO had served as Saint-Smith's navigator throughout his first tour of operations, with 460 Squadron) are now buried at The citation for the award of the DFM reads:'This airman has displayed outstanding determination in pressing home his attacks on enemy targets during numerous operational sorties. Early in March, 1943, he participated in a raid on Berlin and obtained an excellent photograph after the bombs had been released. He has, at all times, taken great care to identify the target and has, as pilot, done all in his power to ensure accurate bombing. His high courage skill and initiative have set a magnificent example to his crew.' The Station Commander at Breighton in Yorkshire, where the squadron was then based, made the further remarks: 'Flight Sergeant Saint-Smith has completed a most successful tour of operations. He has always shown a high degree of courage, skill and initiative, setting a magnificent example to his crew. I most strongly recommend that his splendid record be rewarded by the award of the D.F.M.'