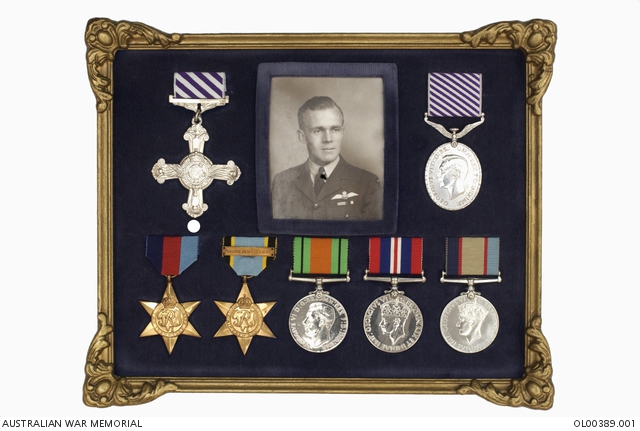 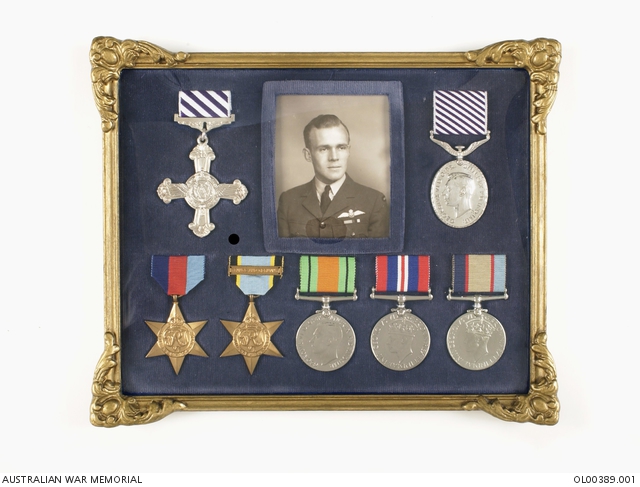 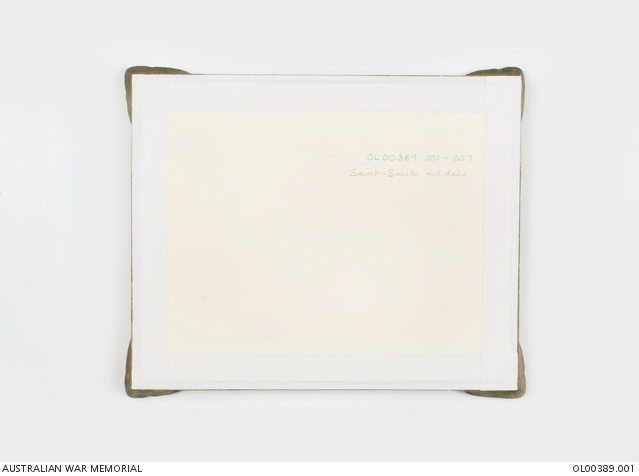 403380 Flying Officer James Alexander 'Alec' Saint-Smith, RAAF, served as an NCO pilot in 460 Squadron, RAAF, flying Lancasters, and later as an officer with 627 Squadron RAF, flying Mosquitos. As a flight sergeant he was awarded the Distinguished Flying Medal in March 1943 for gallantry in a mission over Berlin. He was awarded a Distinguished Flying Cross in 1944, as a flying officer with 627 Squadron. He was the captain of the Australian War Memorial's Lancaster W4789 'G for George' on its first operational sortie to Mannheim in Germany, on 6 December 1942. He flew the aircraft on another 12 occasions, using it as his regular aircraft for the remainder of his tour, which ended in March 1943. Undertaking a second tour of operations, Saint-Smith was killed in action on 29 June 1944, on his 73rd operation, when his Mosquito IV, DZ516, crashed near Vaulx, Belgium. He and his navigator, 6025 Flying Officer Geoffrey Ernest Heath DFC, DFM, RAAF (who as an NCO had served as Saint-Smith's navigator throughout his first tour of operations, with 460 Squadron) are now buried at Abbeville Communal Cemetery Extension in France. The citation for the award of the DFC reads: 'Flying Officer SAINT-SMITH has taken part in a number of major attacks on Germany and enemy occupied territory. He has taken an important part in attacking an aircraft factory near Oslo and in several other operations against targets in Germany and France, exerting himself to the utmost to ensure their complete and final success. All these operations have had to be accomplished from a low level and have owed much of their effectiveness to his conspicuous gallantry and determination.'