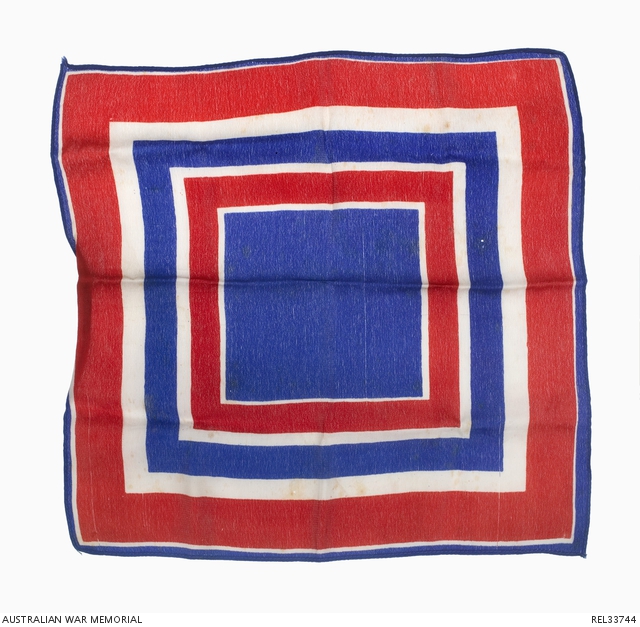 Associated with the service of Flight Officer Janet Naomi Snow (later Carter) who was born at Narrogin, Western Australia in 1934. After undertaking nursing training at Royal Perth Hospital, she received a commission for service with the RAAF Nursing Service in November 1961. Snow received postings to Laverton, Richmond and Amberley, before being posted to Butterworth in north Malalya at the height of the Indonesian Confrontation in March 1964. During her posting at Butterworth, Snow flew on medical evacuation flights in both Dakota aircraft and helicopter between Butterworth and Penang Island. In March 1965, Snow was discharged from service on account of her marriage to Captain Geoffrey Carter of the Australian Army; a long standing regulation that ruled women ineligible for military service upon marriage. This handkerchief was given to Flight Officer Snow by her family. It dates, however, from the Second World War, when it was manufactured and sold as a fundraising item.