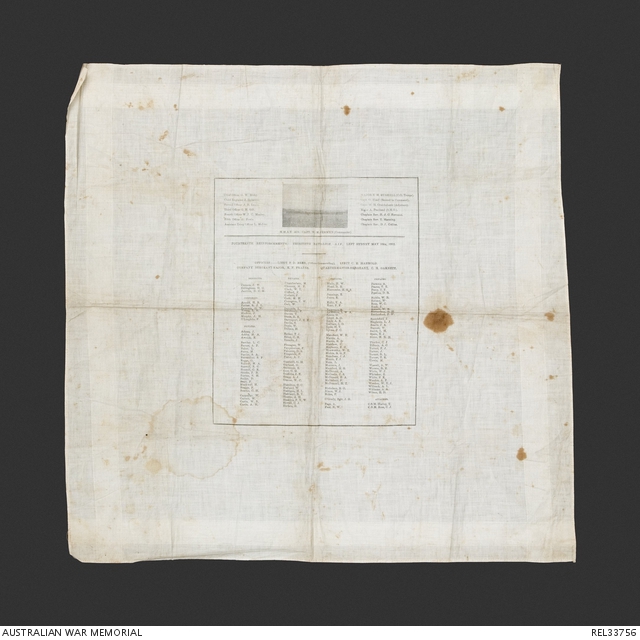 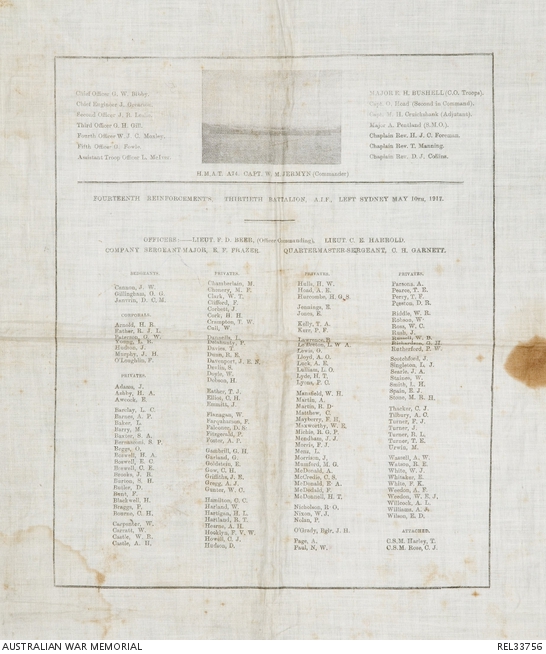 White linen table napkin with a woven border. One side of the napkin is printed in black with a photograph of the troopship HMAT A74 Marathon, a list of the ship's officers, the AIF officers in command of the troops travelling on the ship and the chaplains on the ship. Beneath this is a nominal roll of the 13th Reinforcements to 14 Australian Infantry Battalion, AIF, who left Sydney on 10 May 1917.

This souvenir was produced for members of the 14th reinforcements to 30 Battalion, AIF, travelling to France aboard the troopship HMAT A74 Marathon. The ship, which normally operated as a passenger liner, carried printing facilities on board and is known to have produced similar souvenirs for other units on a number of voyages.