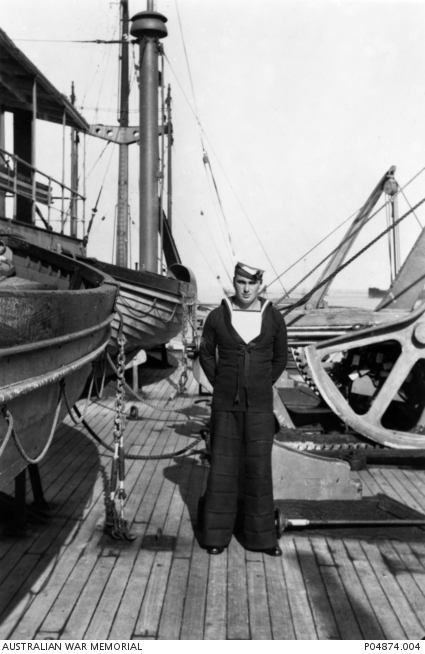 Informal portrait of W1235 Signalman (Sig) Colin Raymond Donaldson onboard Dutch troopship HMT Nieuw Zeeland. Sig Donaldson enlisted at Rochester, Vic, on 4 September 1939. He joined the Niew Zeeland on 1 October 1940 in Port Melbourne and later served aboard the Laurabada, in New Guinea for approximately nine months in 1944. He was discharged on 29 July 1945 and at the time was serving aboard HMAS Madang. The Laurabada was the yacht of the Papua administrator and taken over by the Royal Australian Navy in 1942.