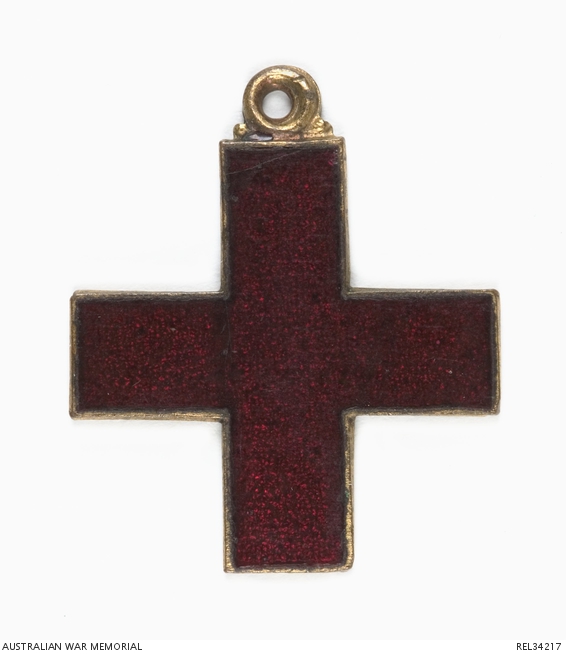 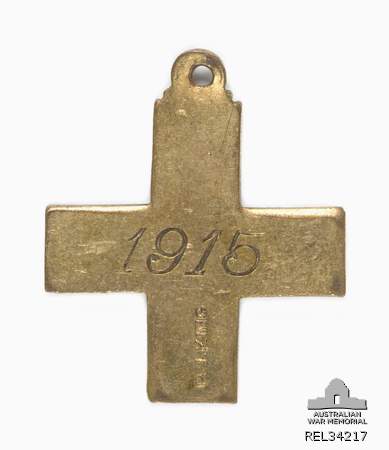 Small Geneva cross with a suspension eyelet. The obverse is red enamel. The reverse is impressed with '1915', a makers mark and 'J. KING'.

This cross belonged to Lilian Agnes Walter who was born at Candelo near Bega, New South Wales in 1888. Miss Walter received her Nurse's Certificate from Sydney Hospital in January 1914 and enlisted as a nurse with the Australian Army Nursing Service in June 1915. One month later Sister Walter embarked on HMAT Orsova in Sydney as a reinforcement for 2 Australian General Hospital. She served with that unit for most of the war, but also saw service with 1 Australian Stationary Hospital (Maadi, Egypt), 2, 23 and 26 General Hospitals (France) during 1916 and 1 Australian Auxillary Hospital (Harefield Park, England) in 1918. She returned to Australia in December 1918 and was discharged in March 1919.