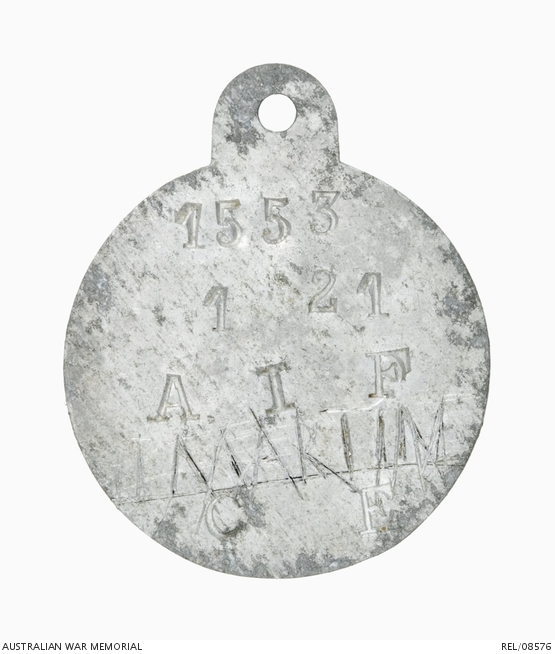 James Charles Martin was born at Tocumwal, New South Wales, on 3 January 1901. Keen for all things military, Jim joined the cadets at school and the year after leaving school he took up work as a farm hand. In 1915, Martin was eager to enlist with the Australian Imperial Force. His father had previously been rejected from service and Jim, the only male child of his family, was keen to serve in place of his father. Anyone under the age of 21 required written parental permission to enlist, and although Martin looked old for his age and his voice had broken he could not pass for a 21-year-old.

When Jim threatened to run away, join under another name and not to write to her if he succeeded in being deployed, his mother reluctantly gave her written permission for him to enlist. Martin succeeded in enlisting at the age of 14 years and 3 months, almost 4 years under the minimum age. After training for several months at Broadmeadows Camp, he departed with the 21st Infantry Battalion from Melbourne aboard HMAT Berrima on 28 June 1915.

From Egypt Martin and the other reinforcements of the 21st Battalion were deployed to Gallipoli. Their transport ship, the Southland, was torpedoed en route by a German submarine and Martin and several others spent hours in the water before being rescued. Martin eventually landed on Gallipoli in the early hours of 7 September and took up position near Wire Gully. In the following few months casualties from enemy action were slight, but the front-line work, short rations, sickness, flies, lice, and mosquitoes took their toll on the unit. Martin sent several letters to his parents from Gallipoli. In late October he contracted typhoid fever and was evacuated to hospital ship HMHS Glenart Castle on 25 October 1915. By this time he had lost half his weight and was in a bad state. Despite the best efforts of the medical staff aboard, in particular that of Matron Frances Hope Logie Reddoch, Martin died of heart failure just under two hours later. He was three months short of his 15th birthday. Martin was buried at sea and is commemorated on the Lone Pine Memorial on Gallipoli. The day after his death, Matron Reddoch wrote a heartfelt letter to Martin's mother back in Australia about her young son.

While he may not have been the youngest Australian to serve during the First World War, James Martin is considered the youngest to have died on active service.