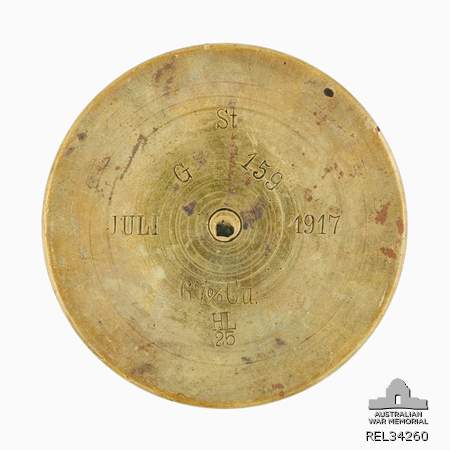 This shell case is associated with William Earnest McGann who was born at Chiltern, Victoria. He was working as an engine-cleaner when he enlisted in the AIF on 16 February 1915 aged 22. McGann received the service number 196 and embarked as a private with A Company, 23 Battalion. Private McGann served on Gallipoli, but was evacuated sick in September 1915. He later returned to duty with 8 Field Company, Engineers in France with the regimental number 4551 and was with that unit when the war ended. He returned to Australia on 19 June 1919.