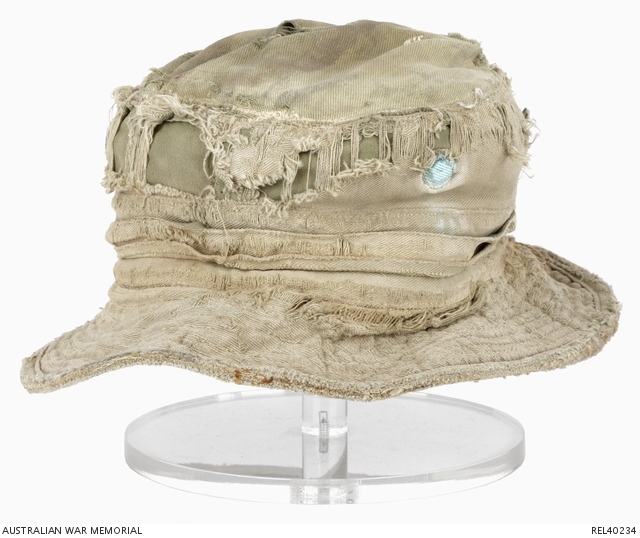 Jungle green cotton Australian Army bush hat with brass ventilation eyelets set around the crown. The hat is reversible and is currently inside-out. A strip of red cotton tape has been stitched around the inside of the crown.

Worn by Private D Furness, 1 Battalion, Royal Australian Regiment (RAR). The red band indicated the wearer was a member of 'A' Company, 1RAR. Private Furness served with 1RAR in Malaya during 1960-1961. Operating as part of the 28th Commonwealth Brigade, 1RAR conducted operations in the 'Black Zone' on the Malay -Thailand border aimed at suppressing continued CT (Communist Terrorists) activity in the region.