Outdoor informal group portrait of the first five recruits to leave Port Lincoln to serve in the ... 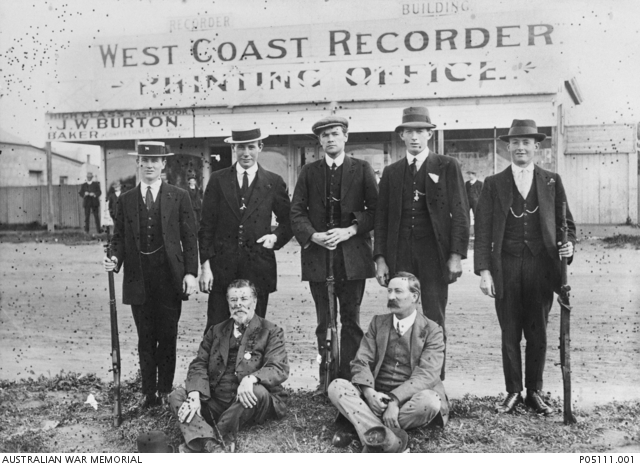