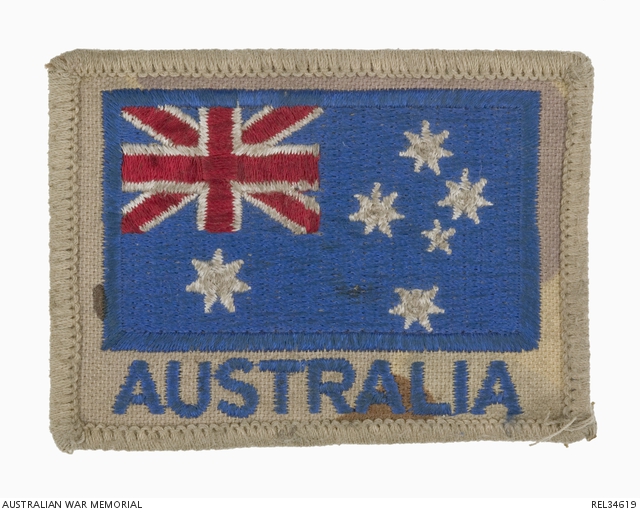 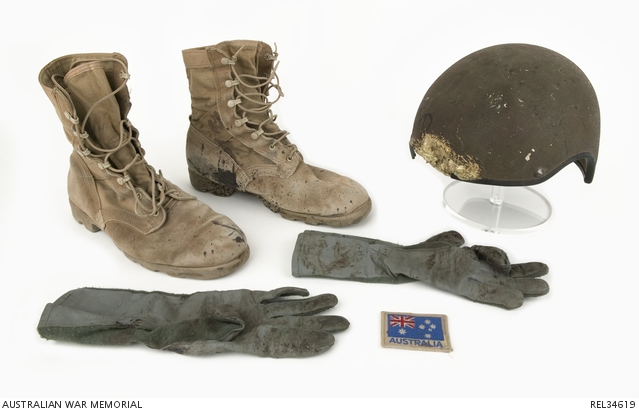 Australian national flag patch on Disruptive Pattern Desert Uniform (DPDU) background, with a border of machine sewn tan cotton. The Australia flag has been machine sewn in blue, white and red cotton, and the name 'AUSTRALIA' is embroidered in blue cotton beneath this. The reverse of the patch is made from one piece of Velcro.

Captain Garth Callender was wearing this Australian National Flag patch on his uniform, when wounded in a Vehicle Borne Improvised Explosive Device (VBIED) attack on his Australian Light Armoured Vehicle (ASLAV) in Baghdad on 25 October 2004.