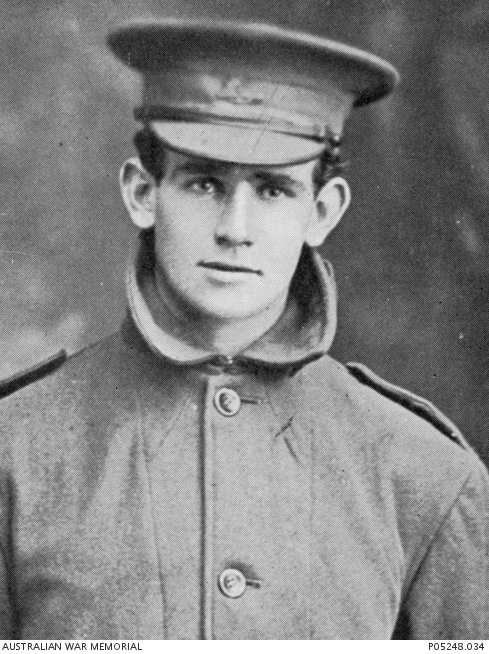 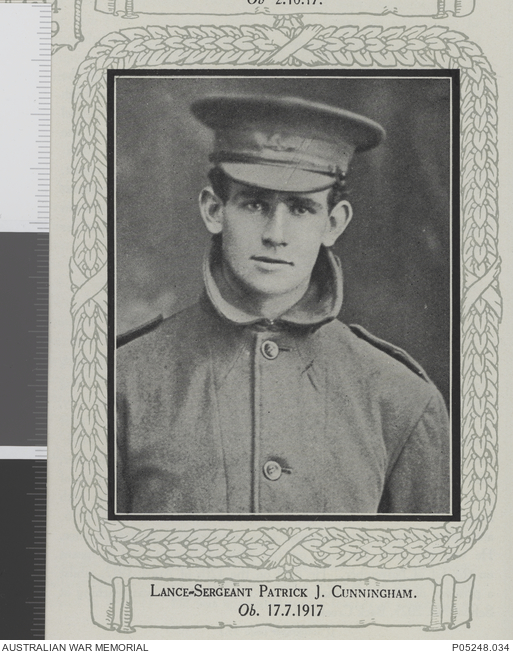 Studio portrait of 1139 Private (later Lance Sergeant) Patrick John Cunningham, 38th Battalion of Glen Forbes, Victoria. A school teacher prior to enlisting, he embarked from Melbourne aboard HMAT Runic (A54) on 20 June 1916. On 17 July 1917, aged 24, during the battle at Messines, Belgium, he was killed in action during a period of heavy bombardment of the trenches. He is buried in the Kandahar Farm Cemetery, Belgium.