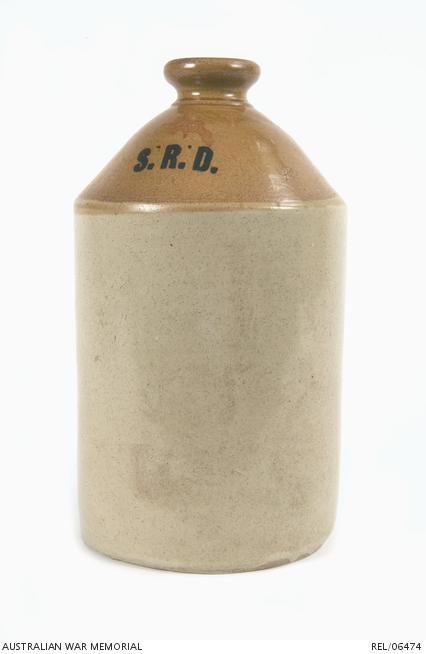 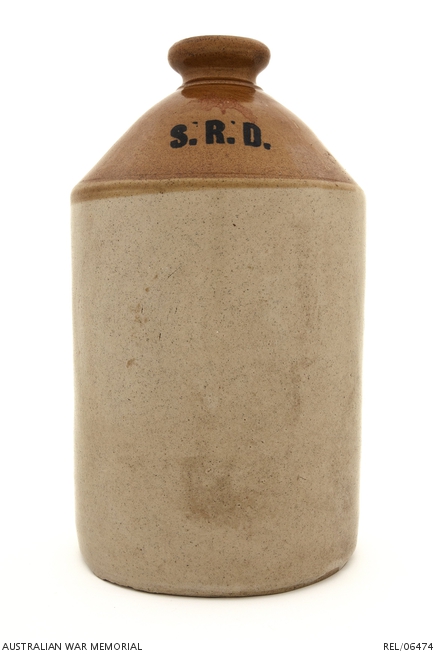 British Army one gallon pottery jar for storage of rum. The cylindrical jar tapers at the top to a narrow circular neck and mouth. The lower section has a natural glazed stoneware appearance, but the shoulders and upper part are glazed a light yellow-brown. The letters 'S.R.D.'appear in black below the neck, and there is an impressed circular makers' mark reading 'MOIRA POTTERY' at the bottom of the shoulder section. Between the neck of the jar and the S.R.D. marking is a red stain.