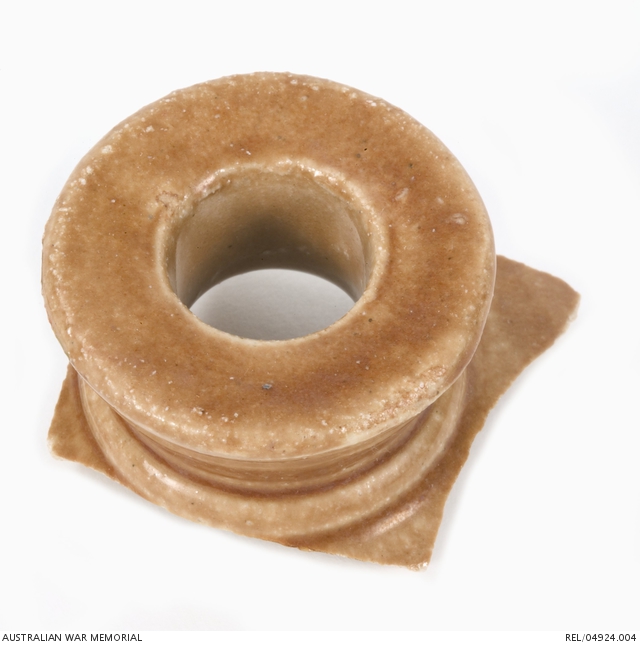 Neck and mouth fragment of a rum jar. The outer surface of the fragment has a light yellow-brown glaze.

Gallipoli relics collected during the late 1970s by a member of the Australian diplomatic corps working in Turkey.