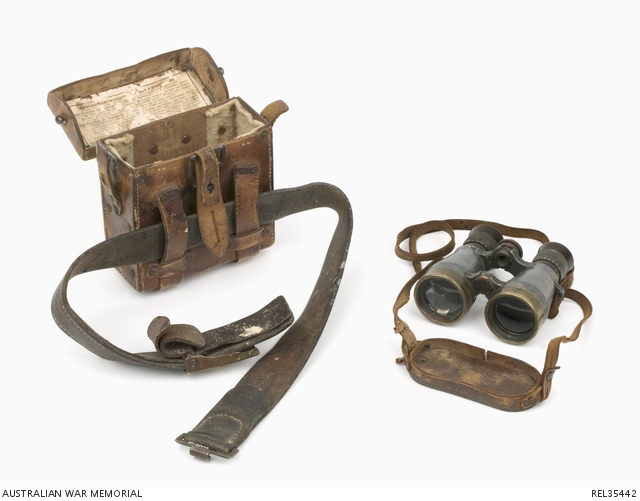 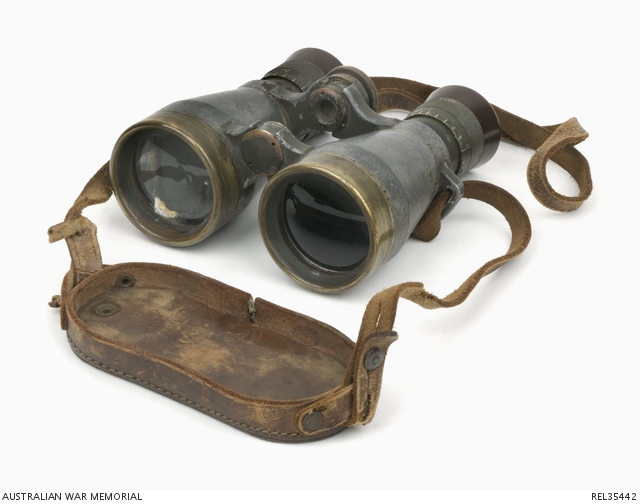 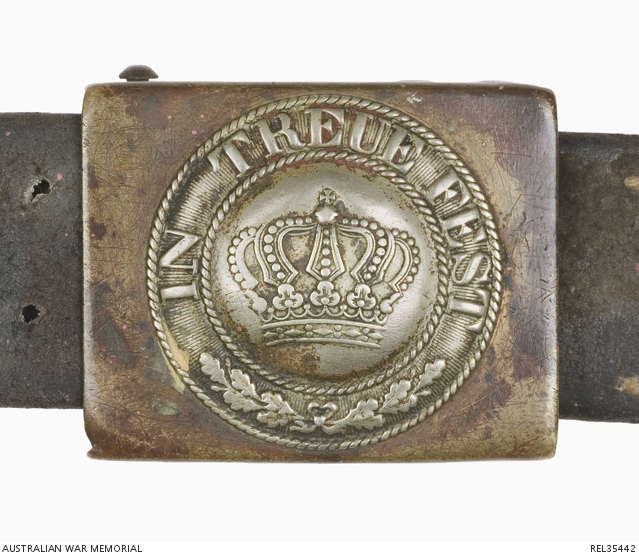 German binoculars captured or collected by 2691 Private Samuel Benjamin Jessup. Jessup was born in April 1896 at Beechworth and was working as a railway porter at Bright in Victoria when he enlisted on 13 July 1915 at Melbourne As he was under 21 he obtained permission from his parents to enlist. After initial training, Private Jessup embarked for overseas service from Melbourne with the 6th reinforcements of the 22nd Battalion aboard HMAT Ulysses on 27 October 1915. He was transferred to 57 Battalion on 23 February 1916 and later to 60 Battalion in early May and proceeded to France in late June. Jessup was one of the survivors of the disastrous Fromelles battle which saw his battalion virtually annihilated. He suffered a bullet wound to his right knee on 22 November 1916 and after recovering he was transferred to 65 Battalion at Wareham in England. In September 1917 he was transferred again to the 60th Battalion, joining his unit in France in October. In August 1918, Jessup was again transferred to 59 Battalion, remaining with this unit until his return to Australia and demobilisation on 13 April 1919.