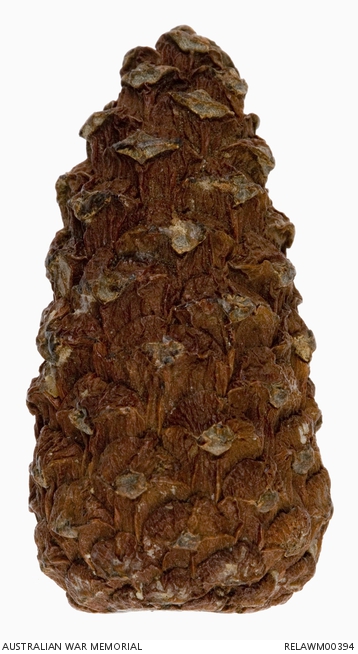 Edward O’Sullivan Goidanich was born in Queenstown, Ireland in 1867. He was educated in Ireland at St. Finbarr’s and St. Colman’s College and subsequently in Paris. He took the cloth at the age of 23 as a Roman Catholic priest, and later emigrated to Australia.

Goidanich was the pastor of Charlton parish in the Diocese of Ballarat, Victoria, at the time he was appointed as a chaplain in the AIF in 1915, aged 48. He was posted to the 6th Infantry Brigade as its Roman Catholic chaplain. At the time Goidanich was described as, 'an active, vigorous man, of a robust constitution, and capable of enduring a great deal of fatigue. He takes a keen interest in athletic sports, and is an ardent cyclist and motorist… while maintaining the dignity of his office, he will be able to fraternise readily with the men and his fellow-officers, and win their respect and confidence. His geniality and versatility will make him a very welcome member of the contingent'. A well-rounded, experienced and respected chaplain, Goidanich was one of the first Victorian priests to be accepted into the AIF as a chaplain. He sailed for Egypt and then Gallipoli.

The 24th Battalion were in the front line trenches at Lone Pine when Sergeant Major Robert Cunningham, found this pine cone while on patrol one night, towards the end of September 1915. The next morning, Cunningham gave the pine cone to Chaplain Goidanich as a souvenir. Cunningham told Goidanich that while crawling on his hands and knees during the patrol he felt and picked up small cone. He believed he had found it where his map indicated the original Lone Pine had stood, from which the position obtained its name.

At Gallipoli on 8th November Goidanich was received shrapnel wound to his leg and head. He was evacuated to 1 Australian General Hospital at Heliopolis where he remained for a month.

In early 1916 on the Western Front he rejoined the 6th Brigade. In September he was recommended for and subsequently awarded a Military Cross for distinguished service in the field: 'For consistent good work throughout the operations of the 6th Brigade in France from 26 March 1916 onwards. Also at Anzac'.

In 1917 Chaplain Goidanich returned to Australia for rest, and saw no further active service. He died in August 1948 at the age of 82.