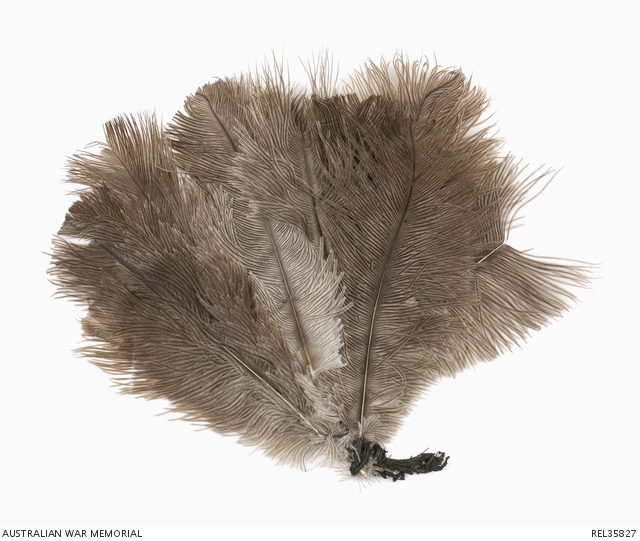 Emu feather plume gathered at the base and secured with a piece of black leatherette and a short strand of wire.