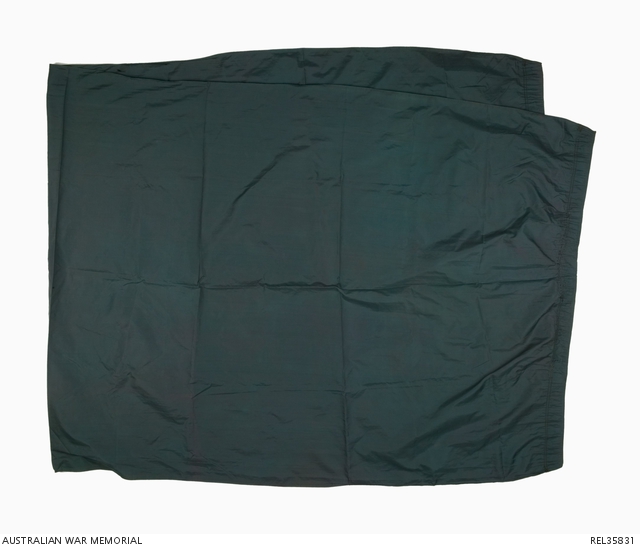 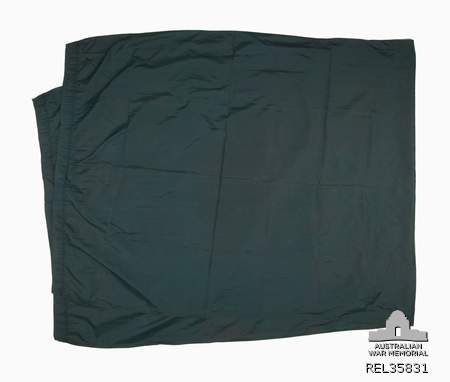 Dark green hammock made from a ground sheet. At each short end, the edges have been folded over to allow for rope to be threaded through. The ends have been sewn with two rows of machine stitching. In some areas the stitching has come undone and has been repaired with hand stitching in black and khaki green thread. The sewn ends have been lightly gathered.

Ground sheet converted to a hammock by Private Donald John Hannaford. 2795142 Private Hannaford was born on 15 July 1949 at Windsor NSW. He enlisted on 22 April 1970 at Sydney NSW as part of National Service call up. Hannaford had previously worked for 3 years as a bank clerk. He embarked from Adelaide on 15 February 1971, arriving at Vung Tau on 25 February on board HMAS Sydney. He served for several months in Vietnam before returning to Australia, embarked in Vietnam on 16 October 1971. Hannaford was discharged on 9 December 1971 after completing his period of service.