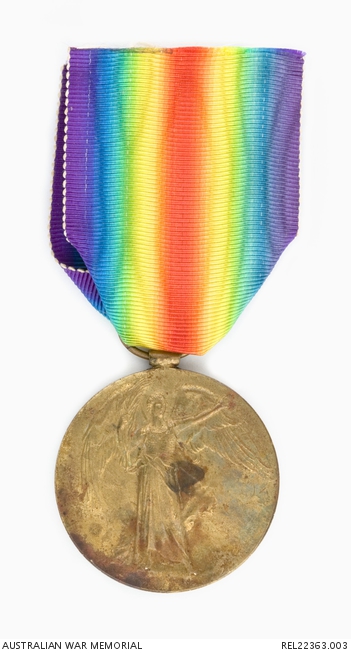 Frederick William Davies was born in London, England, the son of William and Kate Davies, and emigrated with his family to Australia when he was 14. He served in the 88th Infantry Battalion, a militia unit, before the First World War and worked as a shop assistant. Davies enlisted on 15 February 1916 at Perth, Western Australia, aged 19. He embarked from Fremantle on 6 June 1916 on board HMAT Suevic with the first reinforcements of 44 Battalion and arrived at Plymouth 21 July 1916. After further training in England he was sent to France with his battalion on 25 November. On 3 June 1917 Davies was wounded, but remained on duty. Five days later he took part in an action at Betlheem Farm for which he was awarded the Distinguished Conduct Medal 'for great bravery, coolness and devotion to duty'. Davies was wounded again on 5 July, suffering a gun shot wound to his left hand and chest. After hospital treatment he rejoined his unit on 9 October 1917. He was promoted to corporal in January 1918. On 22 August Davies was wounded at third time, at Bray, suffering gun shot wounds to the left leg and shrapnel wounds to the right leg. He was evacuated to England on 29 August and transferred to The War Hospital, Stratford-On-Avon. His left leg was amputated on 31 August and he remained dangerously ill. His aunt in London was telegraphed on Tuesday 3 September by the hospital to advise of his deteriorating condition but Davies died on the morning of 5 September shortly before she arrived to see him. He was buried on 9 September at the Stratford-On-Avon cemetery after a full military funeral with a firing party, bugler and pallbearers. His coffin was draped with the Union Jack and covered with wreaths from friends and family. A large party of walking wounded followed the coffin to the cemetery and there were many Australians present.