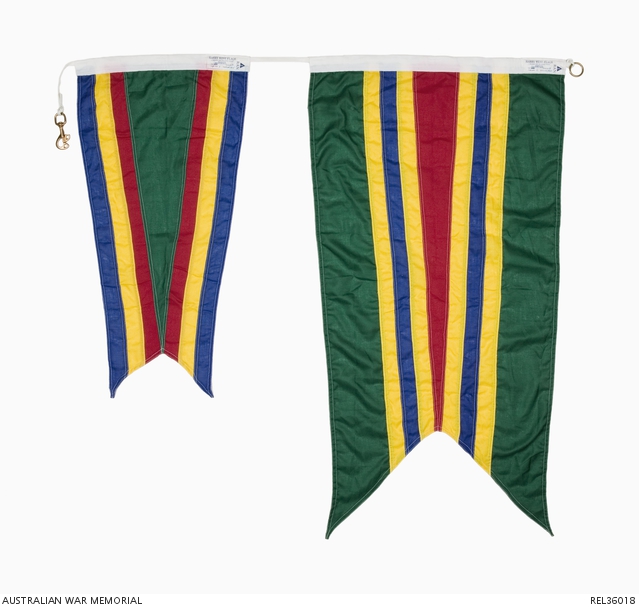 HMAS Perth (1965-1999) was deployed to Vietnam and served as a unit of the United States Seventh Fleet from September 1967 to April 1968, September 1968 to April 1969 and September 1970 to April 1971. She was awarded the United States Navy Unit Commendation after her first deployment. The citation reads: 'For Exceptionally Meritorious Service from 9 September 1967 to 5 April 1968 in the planning and execution of combat missions against enemy aggressor forces in direct support of Free World Objectives. While operating as a unit of the US Seventh Fleet, HMAS PERTH delivered extensive, destructive naval gunfire against enemy supply routes, coastal defense sites, troop concentrations, and fortified positions in both North and South Vietnam. The prowess and teamwork displayed by the personnel of PERTH were uniformly characterized by personal valor, professional acumen, and individual initiative. Although often within the range of enemy coastal defense sites, PERTH quickly responded with skill and resourcefulness, silencing enemy batteries while manoeuvring adroitly to avoid sustaining any damage or injury to herself. As an element of Task Unit 70.8.9 HMAS PERTH provided Naval Gunfire Support for United States and Allied Forces ashore in the Republic of Vietnam, and as an element of Task Group 77.1 in the Gulf of Tonkin, supported Naval Operations against North Vietnamese logistics groups and lines of communications. The tenacity, professionalism, and dedication demonstrated by the officers and men of PERTH reflect great credit upon themselves and the Royal Australian Navy.' The United States Navy Meritorious Unit Commendation was awarded to HMAS Perth's Clearance Diving Team 3 (CDT3) after her second deployment. The citation reads: 'For meritorious service from 24 September, 1968 to March 1969 while participating in combat operations against enemy aggressor forces in South East Asia. As a member of the United States SEVENTH Fleet assigned to SEA DRAGON operations, HMAS PERTH contributed significantly to SEVENTH Fleet combat operations by conducting numerous successful fire missions against heavily defended enemy logistic installations and lines of communications. When PERTH was engaged by enemy shore batteries on two occasions, the combination of her crew members' spirited teamwork and capable leadership produced quick and precise evasive action to spare the ship any material or personnel casualties. PERTH's high accurate fire inflicted heavy losses on enemy assets and was instrumental in assuring the success of allied operations wherever she was stationed. The outstanding performance, superlative accomplishments, and inspiring devotion to duty displayed by the officers and men of HMAS PERTH throughout her deployment, reflect credit upon themselves and the Royal Australian Navy.' These pennants were collected from HMAS Perth when she was paid off from the Royal Australian Navy in October 1999.