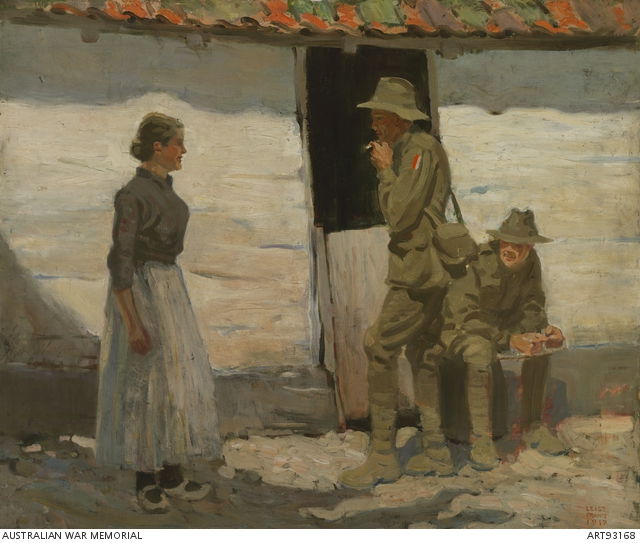 The work depicts two soldiers of the 60th Battalion (indicated by the colour patches on the soldiers uniforms) resting outside what appears to be a farmhouse stable/barn. Talking to them is a woman in traditional Belgian/French peasant dress wearing sabots. Estancia in Spanish has two meanings, 'stay' in Spanish and 'ranch' in Latin American. The title could be referring to the soldiers lodging at the woman's farm. The work has a delicacy and muted tones that convey a quiet admiration by Leist for the Australian soldiers and the Belgian and French people struggling heroically through the harsh experiences of the Western Front.