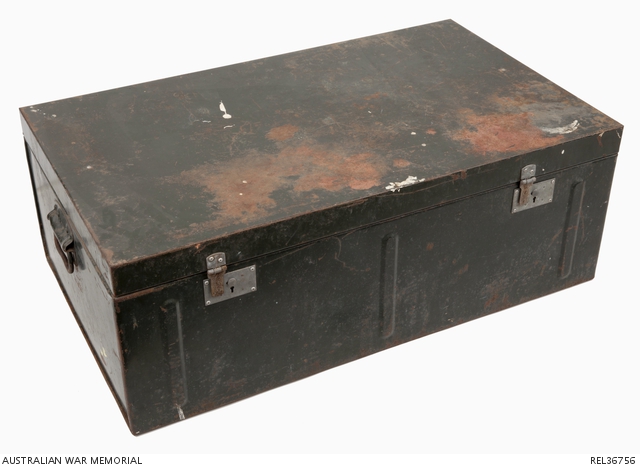 Standard issue green painted rectangular metal foot locker with reinforced lid fitted with rubber seals and a pair of restraining chains (both broken), aluminium slide locks and a carrying handle fitted to each side. Most of the fittings are attached by metal rivets. The body is reinforced with impressed ribs. No markings.