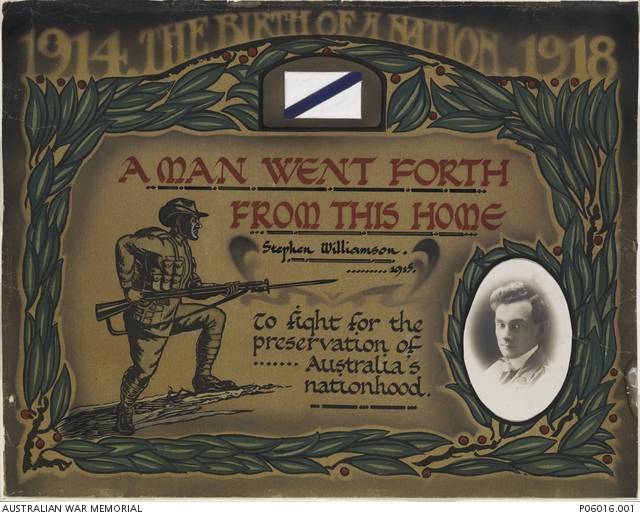 Hand coloured woodblock print with inserted photographic portrait of 6817 Private (later Lieutenant) Stephen Williamson, Australian Army Service Corps (AASC), of Tumut, NSW. Williamson enlisted on 22 March 1915 at Liverpool and saw service in a number of different AASC units in Egypt; he also spent time in and out of hospitals for various medical complaints. In July 1919 he was promoted to 2nd Lieutenant (Education Service), a day after he left Kantara for Australia aboard the HT Malta as Education Officer. The creator of the woodblock print was artist Paul Windle, late of the 7th Battalion who had been discharged medically unfit in 1917 and returned to Australia. In September 1918 he applied for and was granted copyright for a "Home Honor Board" design, of which this is one example. Another example can be found at A05328.