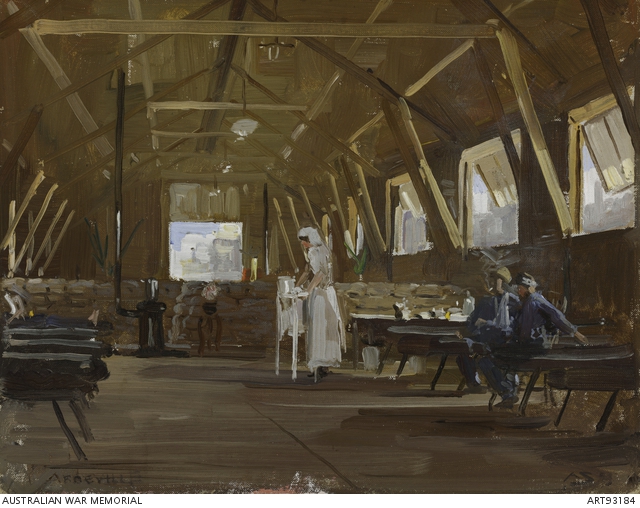 'The ward' depicts a nurse working in the interior of a ward at the 3rd Australian General Hospital, Abbeville, with two soldiers seated wearing the convalescent uniform known as 'Hospital Blues'. It was probably painted in the field and finished off in London. It offers glimpses of the conditions and settings for Australian troops and support staff on the Western Front.
Streeton had generally concentrated on the landscape of war; his paintings show the desolation of the terrain, but none of the tragedy or drama of human suffering. As throughout his career, landscape views rather than figure-painting remained the core of his art. This painting is rare and unusual in its subject matter; nurses/figures and interior settings were not usually painted by Streeton in his war works. It also has a sense of immediacy to it which is not present in his later studio works in the Memorial's collection.