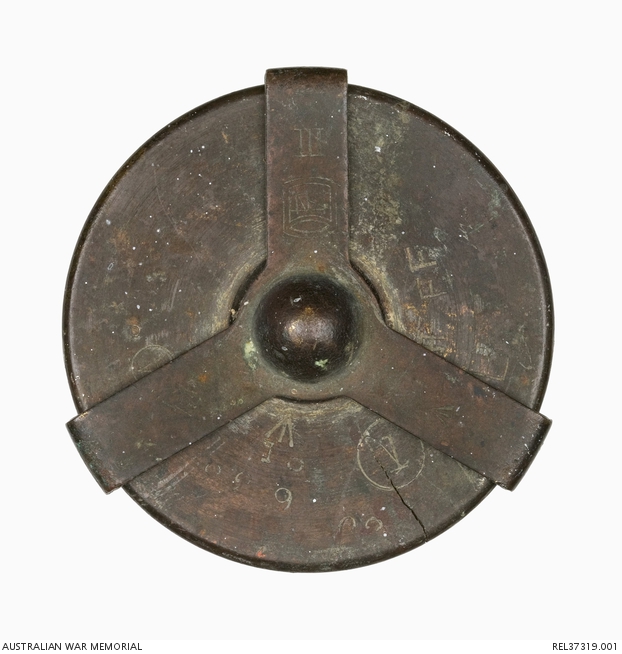 Hotchkiss cartridge case of the kind used by the Hotchkiss 6 pdr, 23 caliber guns installed in the British made Male tanks that were used on the Western Front during the First World War. This cartridge case was recovered from a Mk I Male tank on 15 September 1916 by Lieutenant Malcolm Macfarlane at the Battle of Flers-Courcelette. At the time of the battle, four tanks advanced through the village of Martinpuich. Only one tank managed to progress beyond the Allied trenches before finally breaking down in no-man's land. Macfarlane took a detachment to set up a barbed wire entanglement around the tank and to recover it to behind Allied lines. To lighten the tank before recovery, all moveable items were removed, including the Hotchkiss shell. MacFarlane rendered the shell safe and kept it as a momento.