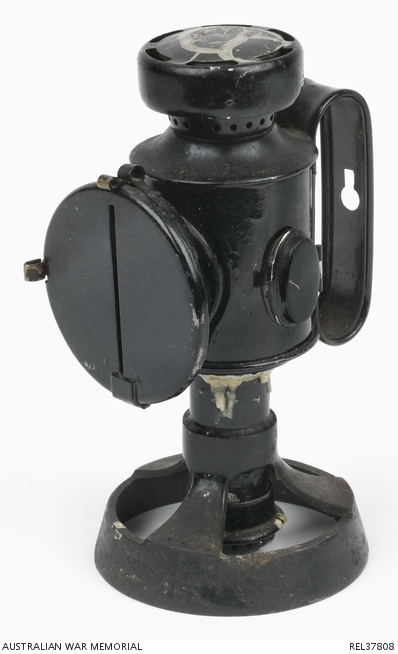 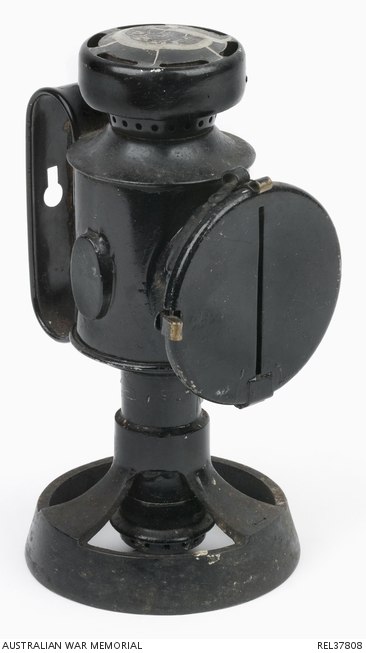 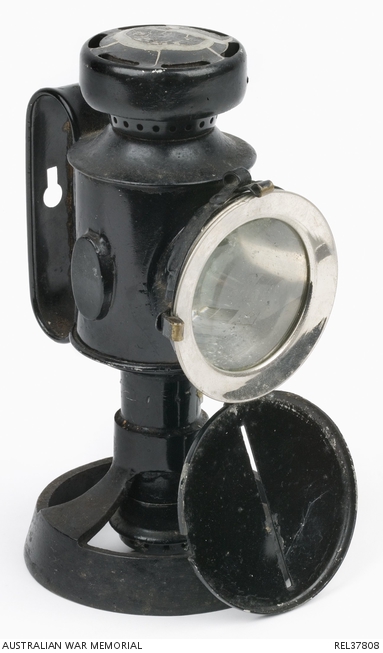 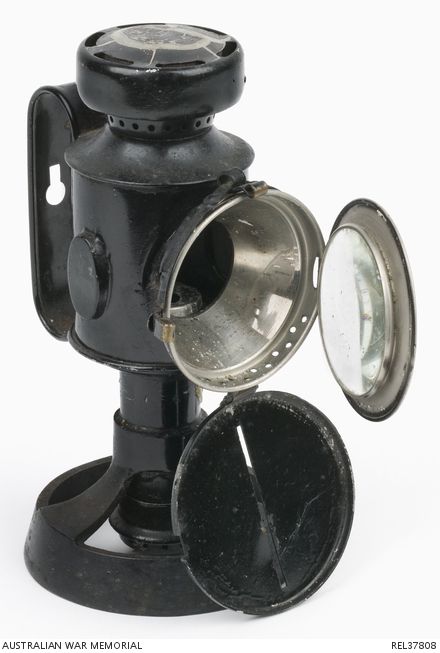 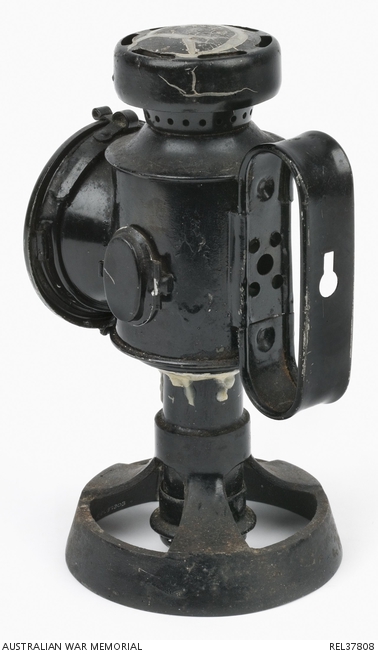 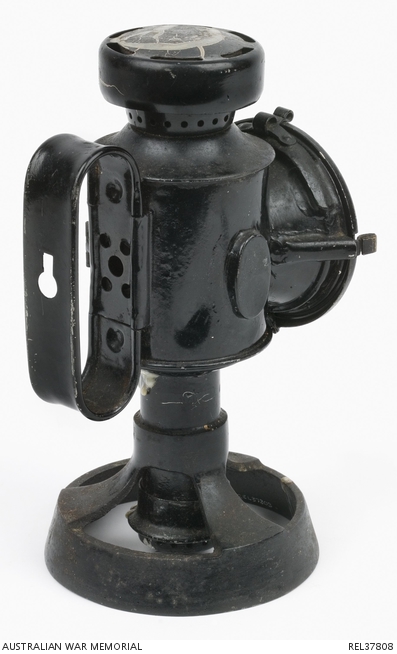 Siege lamp made from tin-plated and regular steel. The lamp has a cylindrical body fitted to a circular stand. The side of the body has a small oval door on a side hinge for lighting the candle that sits in the centre. A reflective piece of steel is fitted inside the body at the back to increase the illumination from the candle. Attached to the front of the body is a round opening which is fitted with a hinged piece of glass. The glass can be covered with a steel flap hinged at the base. This flap has a slit in the centre to let out a minimal amount of light if required. A circular section is attached to the top of the body with a series of holes and slits for ventilation. The steel on top has been cracked from the heat of the candle. A curved steel handle is attached at the back.

This lamp was brought home to Australia by Private Frank Hepburn Hamilton of 24 Battalion. Hamilton was born in Panmure, Victoria in February 1895 and was working as a barman at his father's hotel, the 'Royal Hotel' at Williamstown, before his enlistment in the AIF on 12 July 1915. He embarked for overseas service aboard HMAT Hororata on 27 September 1915 with the 4th reinforcements of 24 Battalion. Private Hamilton was awarded the Military Medal for his bravery at Dompierre on 28 August 1918 and Mont St Quentin on 1 September. On both occasions he acted as a runner under intense enemy shellfire. Hamilton embarked for return to Australia on 8 April 1919 and was discharged on 17 July. This style of siege lamp was often used by artillery gun crews. It was placed on a post in front of the gun pit and provided direction for night-aiming.