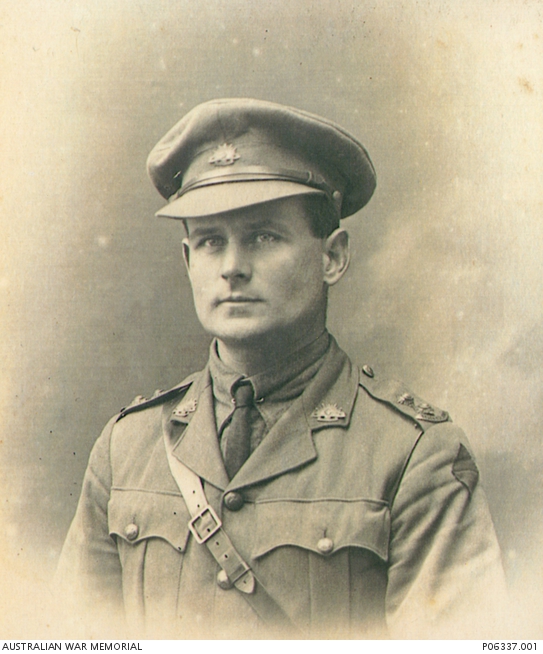 Studio portrait of Lieutenant (Lt) Charles Procter Kelsall, 17th Battalion. A farmer of Albury, NSW, Lt Kelsall enlisted on 6 April 1916 and in May 1917 embarked from Melbourne with the 7th Reinforcements, Light Trench Mortar Battery. On 21 November 1917, then 2nd Lt Kelsall was taken on strength of the 17th Battalion, and promoted to the rank of full Lieutenant on 21 January 1918. On 14 May 1918 Lt Kelsall was killed in action along the Bray-Corbie Rd at Morlancourt, in an action described by Charles Bean in vol. VI the Official History of Australia in the War of 1914-18. Early on the morning of 14 May 1918, Lt Kelsall led a team of 12 men and a Lewis gun against a force of German troops who had passed to the rear of the 17th Battalion's front-line posts, following heavy German bombardment. After defending their position for over five hours, and just before a planned counter-attack, Lt Kelsall was killed by a German bullet.