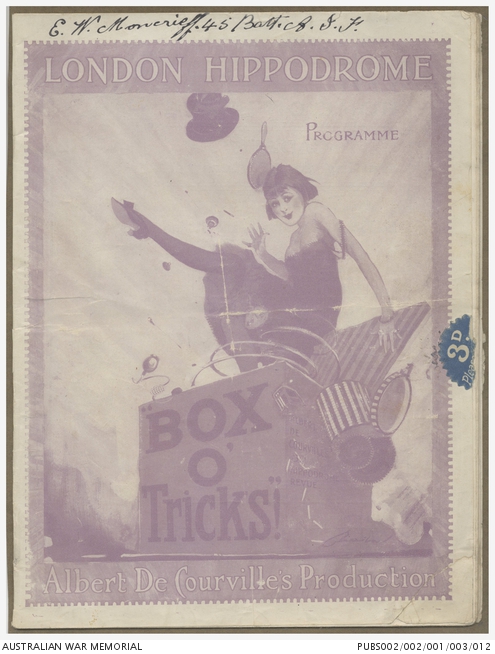 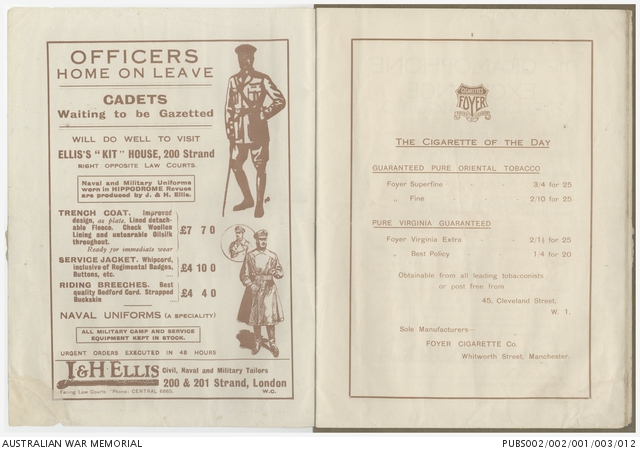 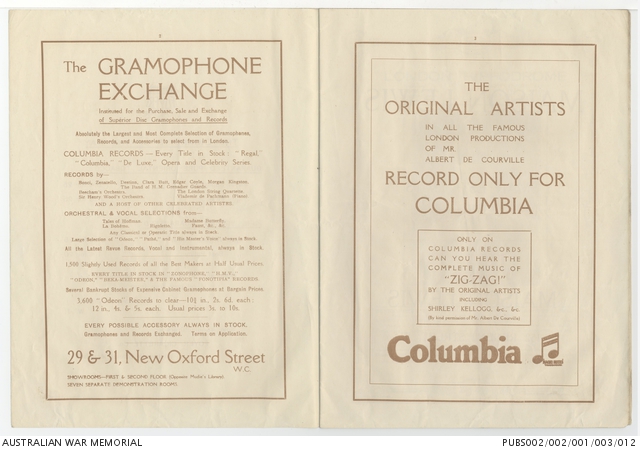 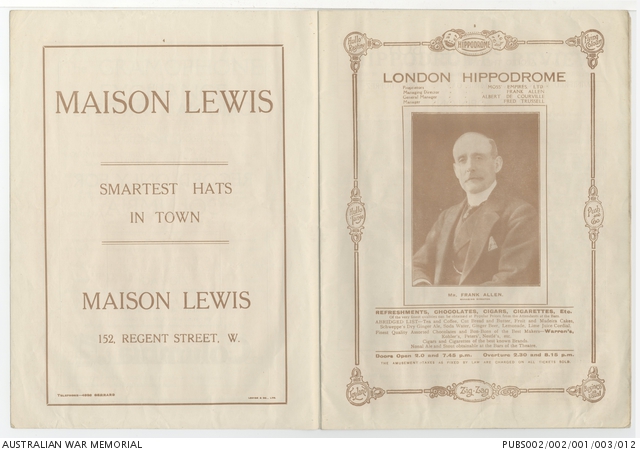 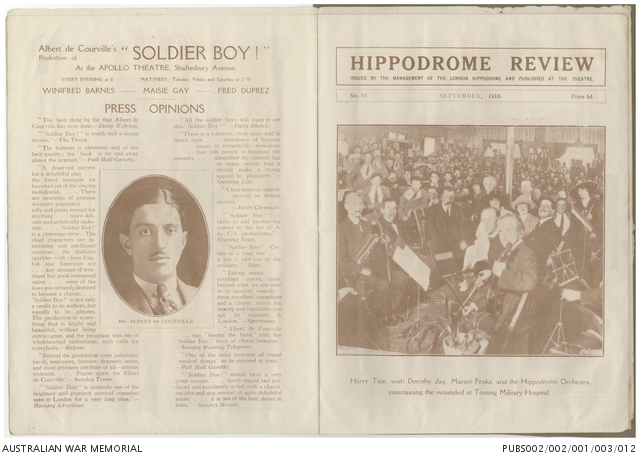 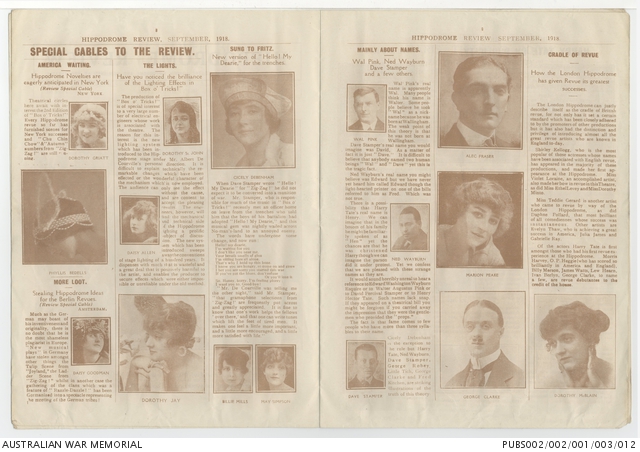 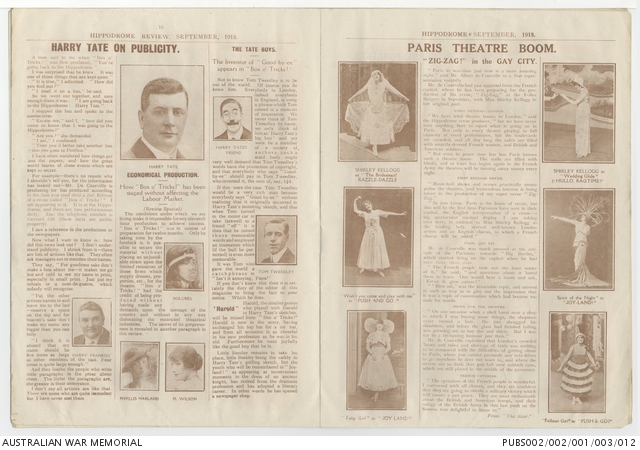 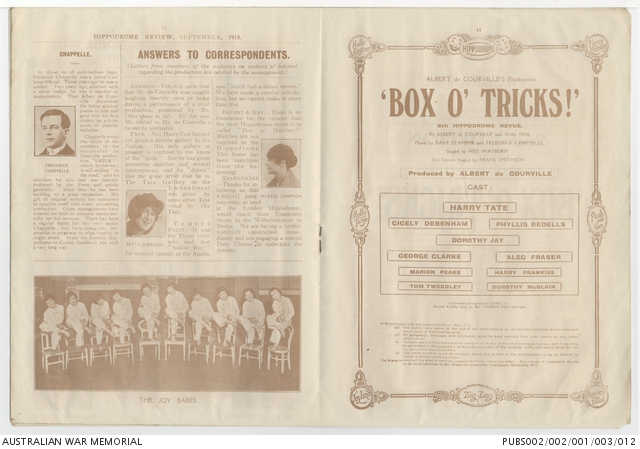 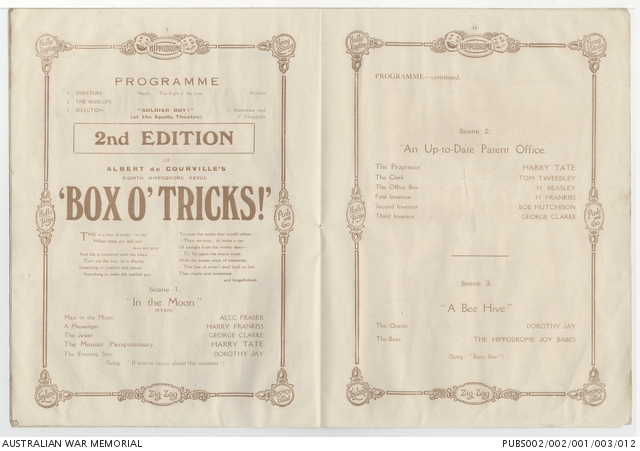 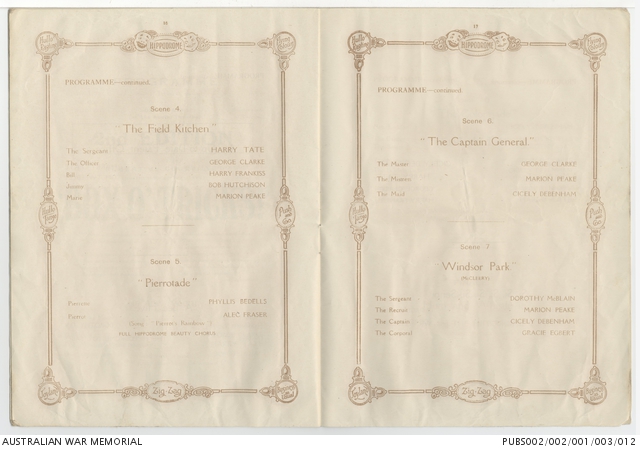 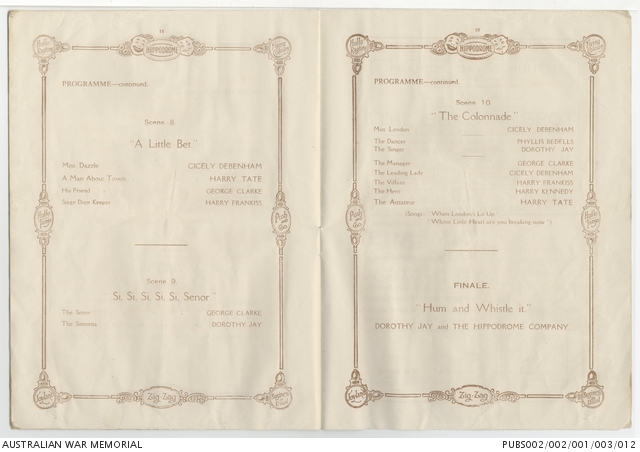 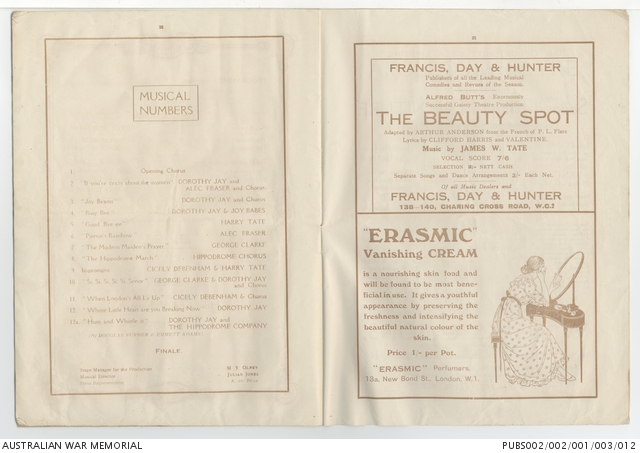 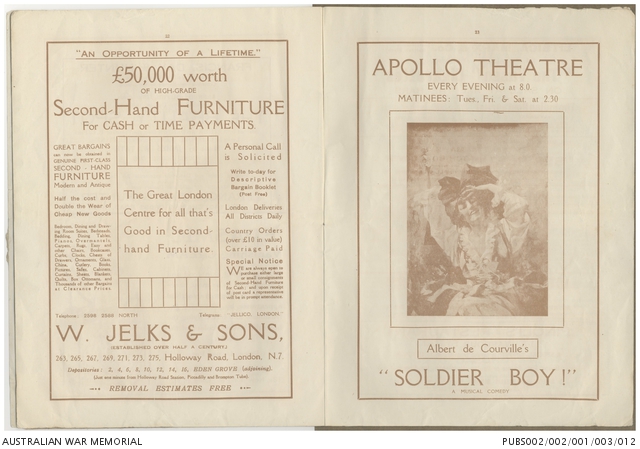 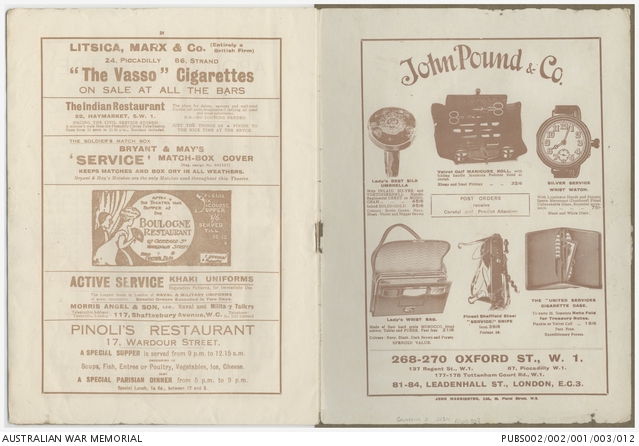 Souvenir program for a theatrical performance during the First World War. This program is for a production of the revue 'Box o' Tricks!' at the London Hippodrome. The revue was written by Albert de Courville and Wal Pink. The program features photographs of the cast and some of the crew together with advertisements. The program has been signed by Edward White Moncrieff of the 45th Battalion, Australian Imperial Force.