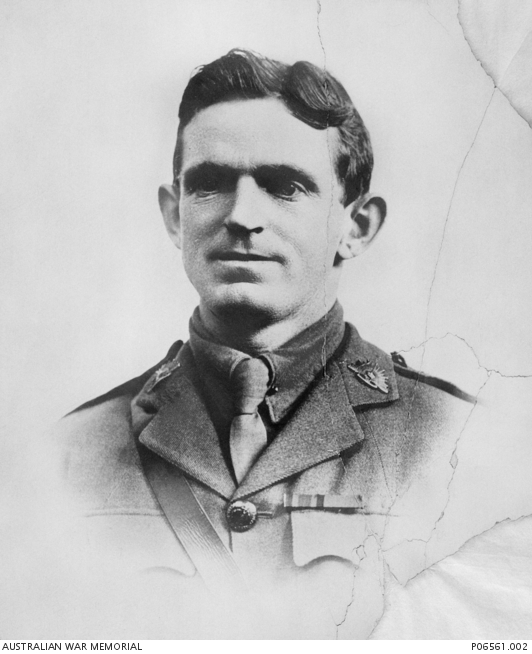 Studio portrait of Lieutenant (Lt) Herbert Victor Masters, 1st Anzac Wireless Section, of Sydney, NSW. Lt Masters had previously served as a Trumpeter in the New South Wales Army Medical Corps during the Boer War. He then worked as an instrumental brass finisher before enlisting again on 17 August 1914. He embarked as a Sergeant (regimental number 3) with 1st Signal Troop, 1st Light Horse Brigade, from Melbourne on HMAT Karoo on 20 October 1914. He was commissioned as a Second Lieutenant on 28 October 1916, attached to duty with the 28th Battalion on 15 January 1917, and detached to 1st Anzac Wireless Section on 27 January 1917. He was promoted to Lieutenant on 8 April 1917. He was accidentally killed on 15 April 1918, at the age of 34; while riding a motorcycle between Beaucourt and Alonville, he was knocked down and run over by a lorry.