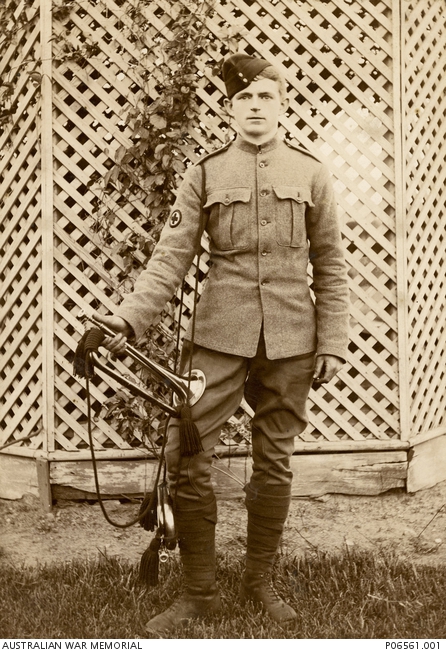 Informal portrait of Trumpeter Herbert Victor Masters, New South Wales Army Medical Corps, of Sydney, NSW. He is holding a cavalry trumpet, and a bugle hangs from the loop of cord over his shoulder. His bugle is now held in the Australian War Memorial collection as RELAWM17384.001. Born in 1883, Trumpeter Masters was initially rejected for service in the Boer War as too young, but obtained special permission to serve. He later served with the 1st Anzac Wireless section in the First World War, and was accidentally killed in France on 15 April 1918.