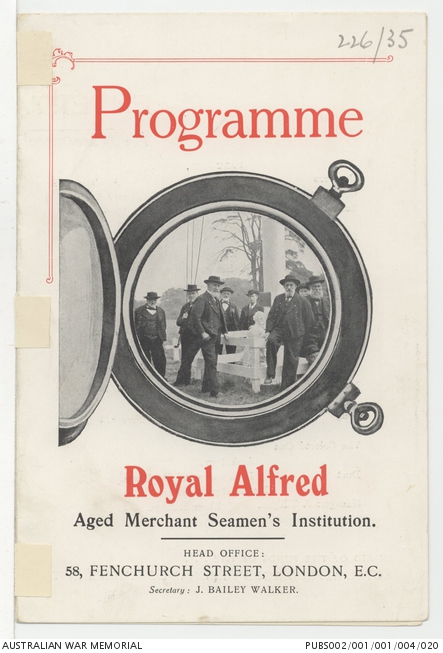 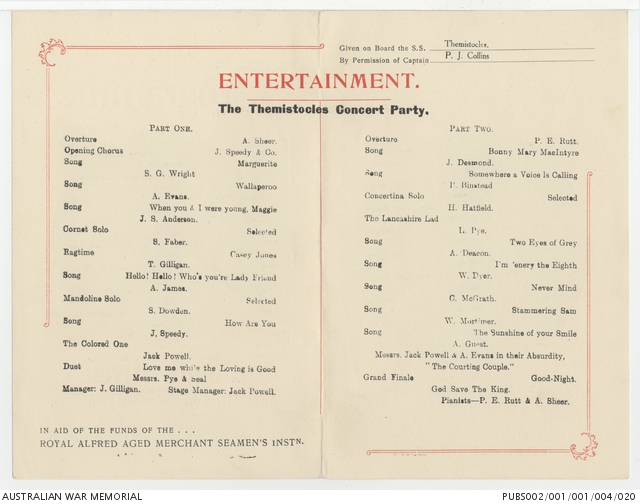 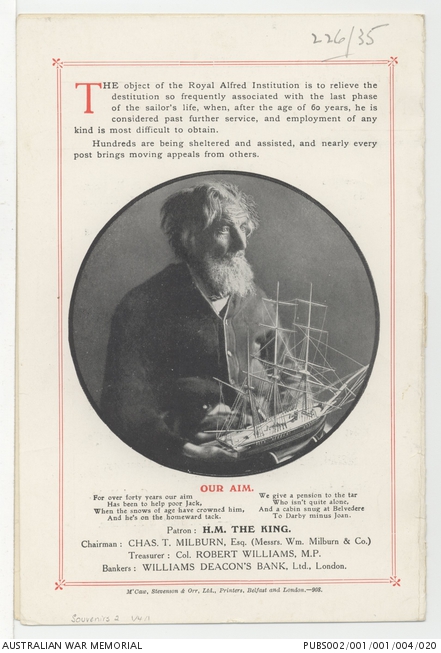 Souvenir program related to concerts held aboard troopships during the First World War and the period afterwards when troops were returning to Australia. This program is for a performance by the Themistocles Concert Party aboard SS Themistocles. The concert was held in aid of the Royal Alfred Aged Merchant Seamen's Institution. The program features a porthole on the front cover framing a photograph of a group of aged men. The back cover features information about the Royal Alfred Institution and is illustrated with a photograph of an old man holding a model ship.