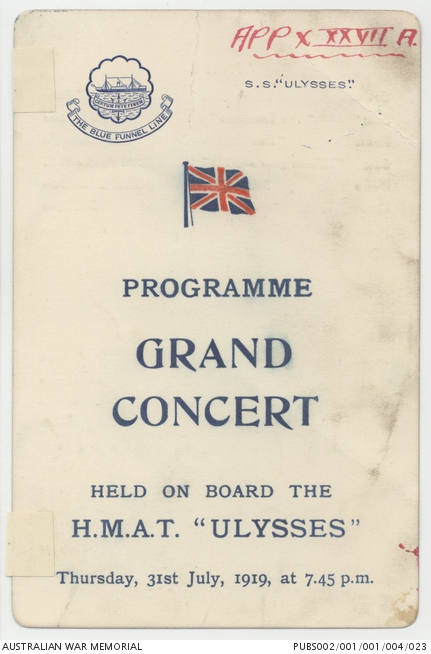 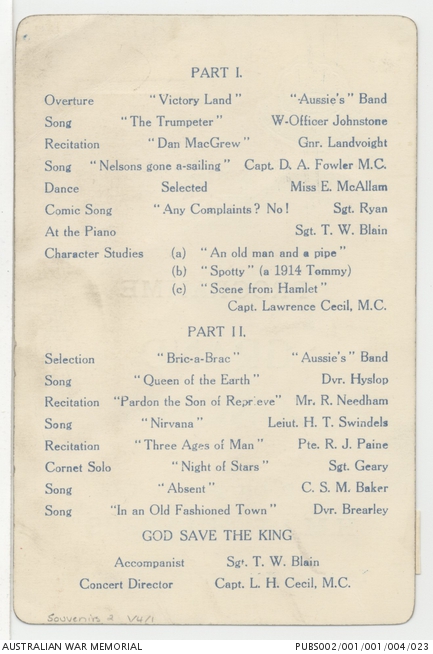 Souvenir program for a concert held to entertain troops returning to Australia after the First World War. This program is for a concert held aboard HMAT Ulysses at 7.45pm on Thursday 31 July 1919. The concert featured several types of acts including songs, dances, character studies, instrumentals and recitations. The front cover of this program has been simply illustrated with a colour print of the Union Jack.