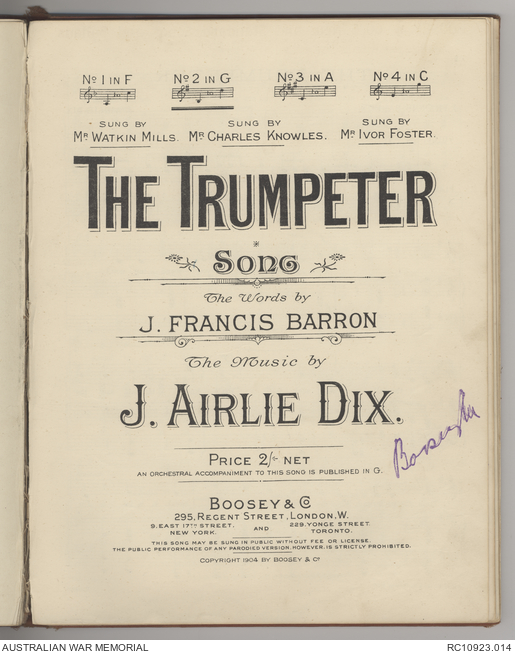 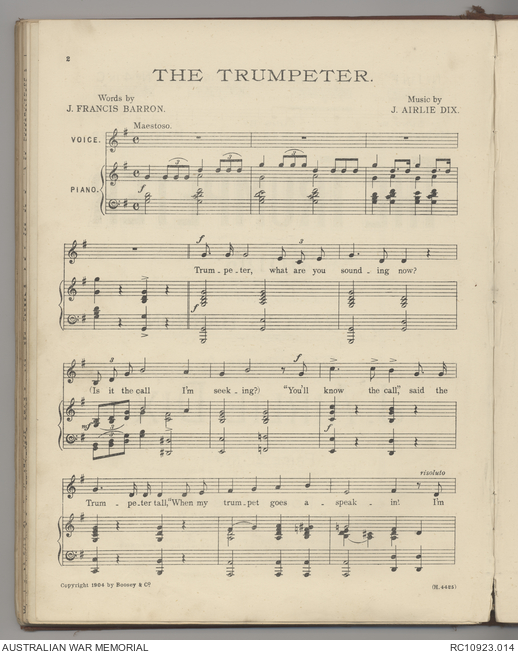 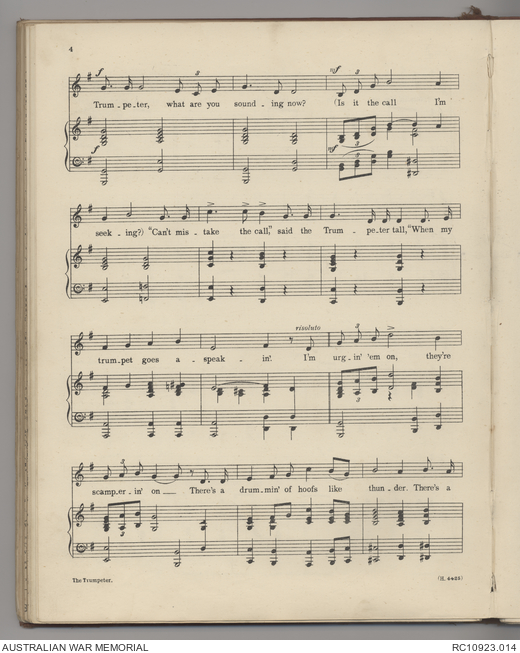 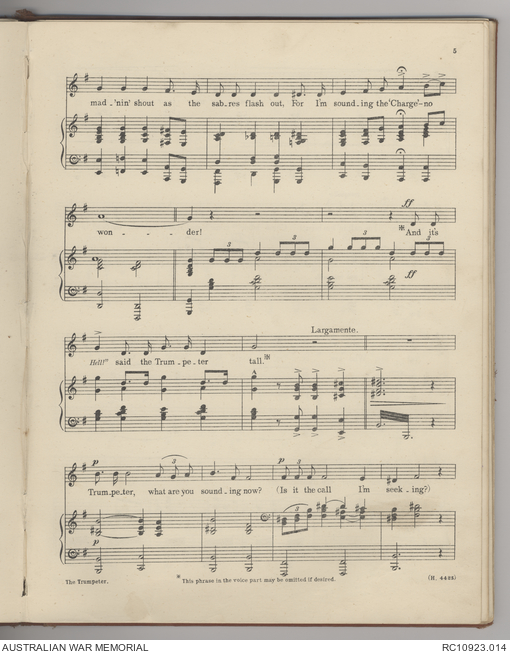 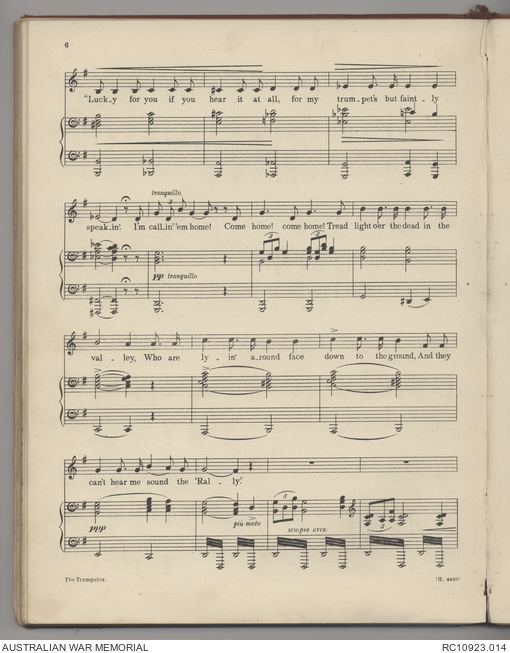 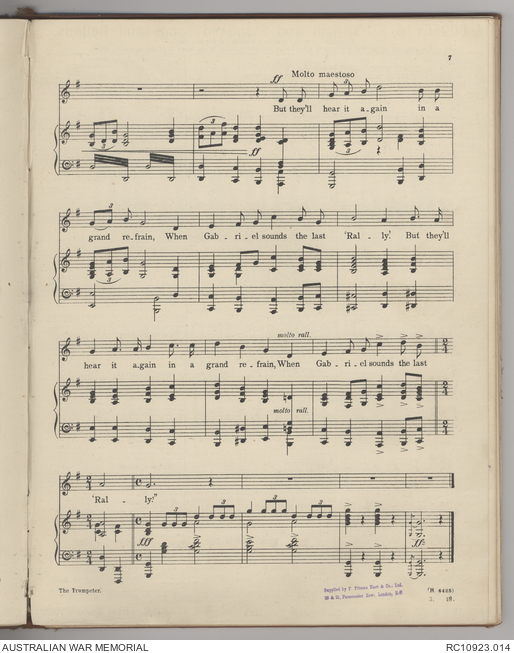 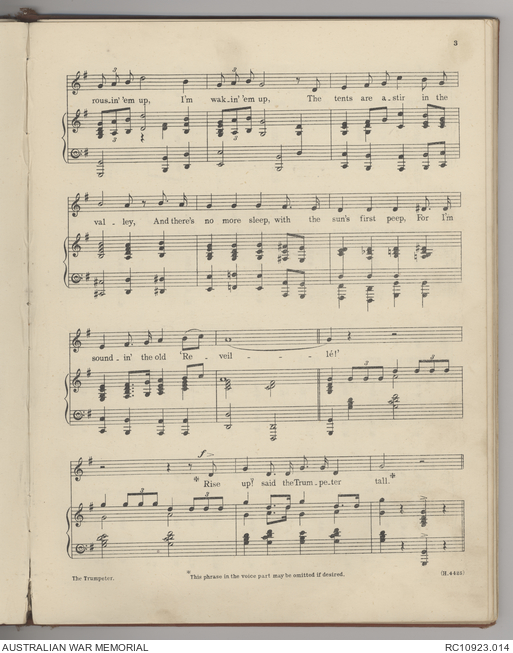 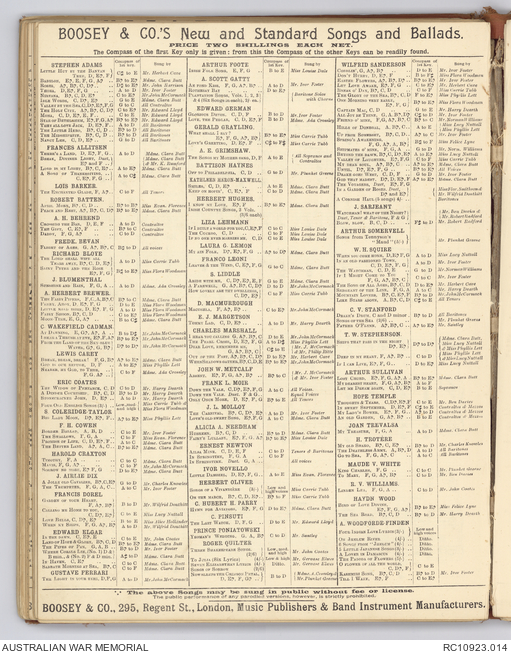 Sheet music for the song titled, 'The Trumpeter', with lyrics written by John Francis Barron and music composed by Joshua Airlie Dix. Published in G Major, this song is part of the compilation songbook, "Australian Y.M.C.A. Songs Volume II". Published in G Major, by Boosey & Co, London, for the price of 2/-, this copy was included in the compilation songbook titled 'Australian Y.M.C.A. Songs Volume II'. The lyrics discuss the call of the trumpeter and the role this plays in the military for waking up troops, sounding the charge and calling the troops back after battle.

'The Trumpeter' was inspired by the trumpeter in the Queen Bays, the regiment in which the lyricist, Barron, served for 12 years. Barron also served in East Africa with the Legion of Frontiersmen at the beginning of the First World War.

Barron sold the rights to this song for 50 pounds. Beforehand he had asked his mother as to what he should do. Her response was: 'You can write another tomorrow'. More than 500 000 copies of the sheet music were sold and the song became popular around the world. It took Barron another three years to write a follow-up successful song.

Joshua Airlie Dix was an organist and professor of music who worked with the British songwriter Felix McGlennon and wrote mnay songs for the stage over his career. Dix was from a musical family with one of his brothers also an organist and another an organ builder. His sister taught piano. Dix also played the cello.