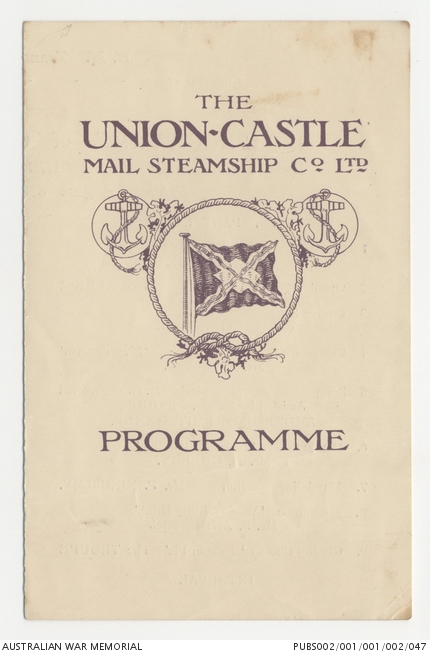 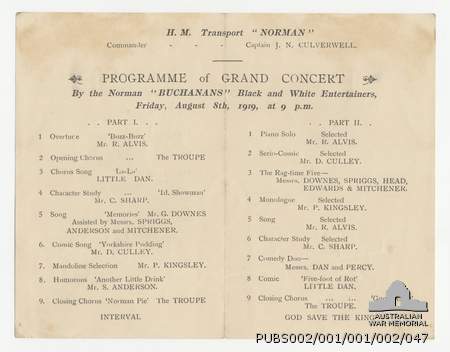 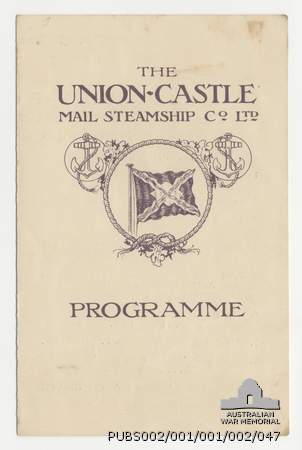 Souvenir program for a theatrical production held to entertain troops returning to Australia after the First World War. This program is for a concert given by the 'Norman 'Buchanans' Black and White Entertainers' aboard HMT Norman on Friday 8 August 1919. The concert featured vocal performances, comedy, instrumentals, monologues and character studies.